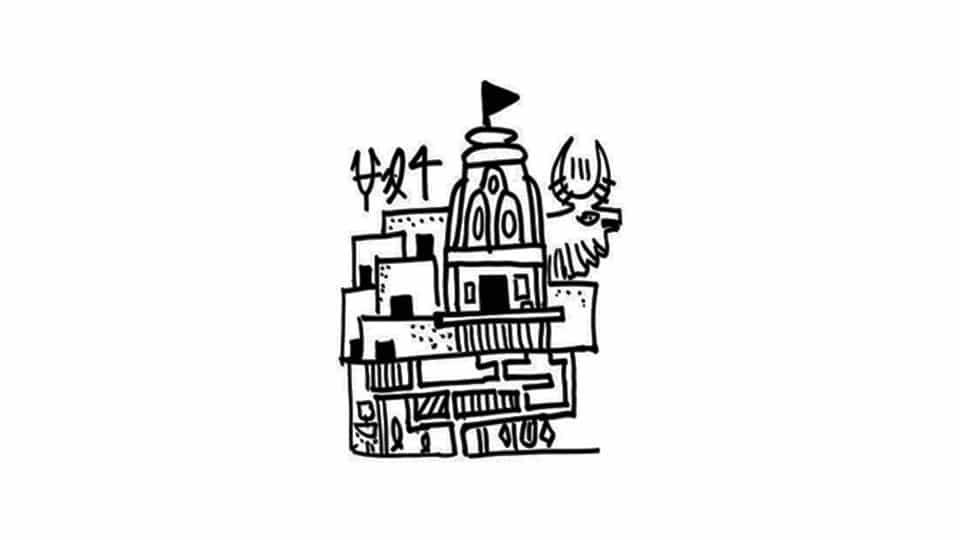 From Square Harappa to Circular Mandala

Hindutva historians insist that the Harappan cities, that thrived 4,500 years ago across Punjab, Sindh, Rajasthan and Gujarat were full of Aryas chanting Vedic hymns and pouring ghee in fire altars made of brick. These convoluted theories have not been accepted in any peer reviewed international journal — but this is dismissed as global anti-Hindu conspiracy. Hindutva scholars are unable to explain why the Aryas chose to remember rather meticulously the Vedic hymns, down to the last intonation, but not the advanced sewage technology of the Harappan cities? Did hygiene not matter to the rishis?

Yes, there is memory even in modern times of ideas that have been traced to Harappan cities such as the 4:5 ratio, water harvesting technologies, worship of  peepal trees, the bull, seven sisters, use of sindoor and the gesture known as namaste, and the practice of draping our shawls over the left shoulder, but we have no idea why the Vedic rishis deliberately chose to forget sophisticated sewage technology that even the Romans did not have at the height of their power. In fact, till today, Indians fail to manage their sewage well. We still continue with the dehumanising practice of manual scavenging, and hundreds of workers die each year cleaning the sewage systems of the city.

Historians who rely on evidence point to the rather pastoral lifestyle depicted in Vedic hymns, with no consideration of the organised urban Harappan lifestyle. There were no chariots in Harappa. Chariots were invented in Eurasia after the Harappan cities had collapsed 4,000 years ago. By the time chariot-riding Aryas entered South Asia, 3,500 years ago, these cities were long gone, as was their sewage technology. Now, at an exhibition organised by National Museum on Harappan cuisine, non-veg food is not being served. Never mind the fact that meat and fish were very much part of Harappan diet. They ate beef too. There is reference to beef-eating in Vedas also, but Hindutva scholars insist that those verse are wrongly translated by anti-Hindu forces. Discomfort with beef and meat-eating emerges only around 2,000 years ago, in the Dharma-shastra literature, following the rise of monastic orders such as Jainism and Buddhism. This had less to do with compassion and non-violence, and more to do with the idea of purity.

About 1,500 years ago, Brahmins started promoting the mandala system of kingdoms across South Asia, that thrived until the arrival of Turkish warlords brought in the Islamic system of governance 800 years ago. In these mandala kingdoms, in the centre was the temple, like the celestial Mount Meru, established and run by Brahmins, that gave power to the king and energised the kingdom with prosperity. Around it lived the royal court as viceroys of the presiding deity. Around it was the market, and the homes of various craftsmen. On the edges of the city, beyond the fields and orchards and gardens even, lived those involved in ‘unclean’ occupations — those who cleared the city of dead bodies of humans and animals. Later, these were the sewage cleaners and garbage collectors.

This mandala system of royal cities had purity in the centre and impurity in the periphery. Vegetarian habits brought you to the centre, while meat-eating kept you in the periphery. Even today, the communities who live in the periphery are called pig-eaters and dog-eaters. Beyond in the forests were unclean tribes. This is how caste was established through hierarchical distribution of housing around circular space, very different from the relatively egalitarian grid-like Harappan cities.