Home » Feature Articles » When a man loves a woman 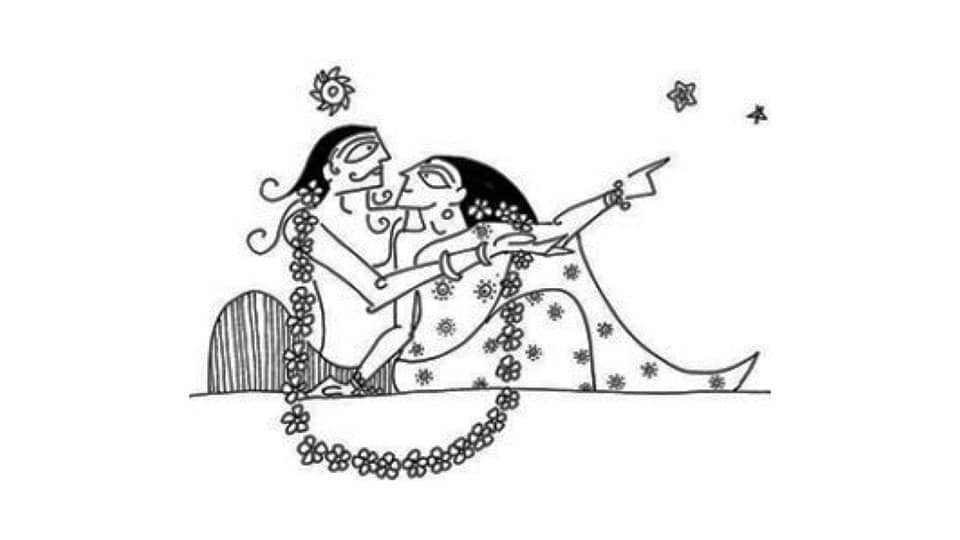 When a man loves a woman

In the Mahabharata, we come across two very interesting stories: in one, the husband saves his wife’s life; in the other, the wife saves her husband’s life. The first story is of Ruru and Priyamvada. Ruru’s beautiful wife, Priyamvada, died at an early age. Distraught, Ruru performed penance and invoked Yama, the God of Death, and begged Yama to resurrect his wife. After Ruru’s great persistence, Yama decided to negotiate. Yama conveyed that if Ruru would give him half his life, he would give that half to Priyamvada. Thus, they could live together for a few more years. Ruru agreed to give half his life to his wife. Priyamvada was restored back to life and both returned to the land of the living and lived many years together until it was time for both to die.

The second is the story of Savitri and Satyavan. Savitri, a Princess, fell in love with a woodcutter called Satyavan, who was doomed to die a year after marriage. At the appointed hour, Yama claimed his life. Savitri followed Yama, saying that life held no meaning without her husband and, therefore, it was better to follow him to the land of the dead. Yama refused and asked her to return and find life on her own. Savitri persisted to the point that Yama got exasperated and offered her a boon, any boon except the life of her husband. So, Savitri asked for children by Satyavan. Yama acquiesced. Savitri then wondered how she could bear the children of her husband, as he was already dead. Yama burst out laughing at the intelligence of Savitri and allowed her to take her husband back to the land of living.

In both stories, we find Yama is thwarted and a spouse is brought back from the land of the dead to the land of the living. Though, Savitri’s story, in which a woman saves a man’s life, has become far more popular than Ruru’s story, in which a man saves a woman’s life. This reflects the times we live in. In traditional Indian society, a woman’s chastity and fidelity ensured the longevity of her husband’s life. If she became a widow, it was because she wasn’t chaste enough. This was one of the reasons given for the practice of sati, in which a widow immolated herself on her husband’s funeral pyre to prove her fidelity to her dead husband.

We have always valued a woman dying for a man, but have never valued a man who dies for a woman. Yet, the scriptures are full of stories, in which men are so obsessed with their wives that in the absence of them, they go mad. A story from the Rig Veda tells of Pururava, who lost his sanity after his wife, Urvashi, returned to heaven.

A similar story is that of Ram’s ancestor, Aja, who could not function after his wife, Indumati, dies accidentally. We have always valorised women who die for their men, but we de-glamorise and mock men who die for their women. We see men who mourn for their wives as weak. This reveals the rise of patriarchy and, perhaps, has contributed to the toxic masculinity we see all around us.