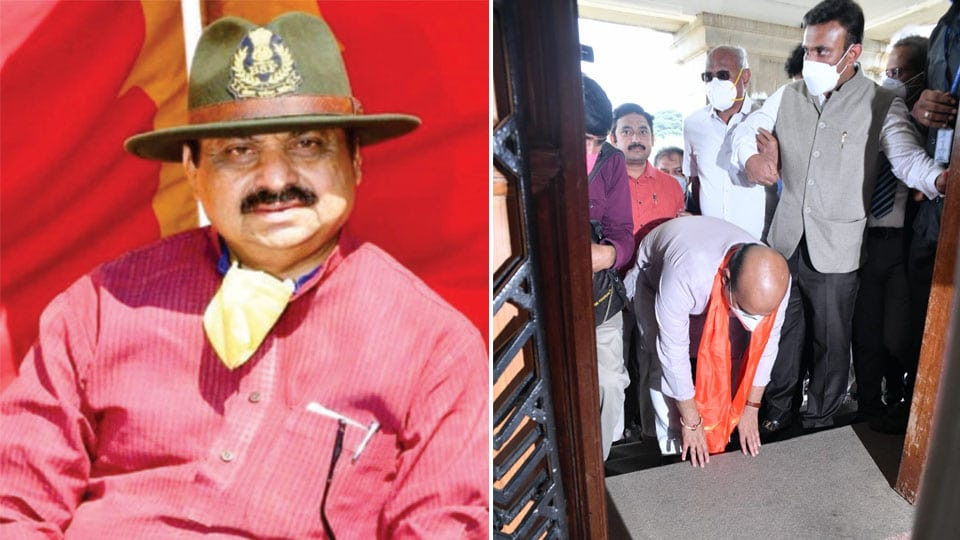 From Tata Motors Engineer to CM

Basavaraj Bommai was born on Jan. 28, 1960 in Hubballi to S.R. Bommai and Gangamma S. Bommai. Like Yediyurappa, he too belongs to the dominant Veerashaiva-Lingayat community. Having his roots in Janata Parivar, Bommai quit the Janata Dal (United) and joined the BJP in 2008. His father S.R. Bommai had served as Karnataka CM in the 1980s.

In the Assembly elections held in 2008, Bommai was chosen as MLA from Shiggaon Constituency in Haveri district. In fact, he managed to retain the seat in the 2013 and 2018 Assembly polls.

He is a mechanical engineer by profession and began his career with the Tata Group. Basavaraj Bommai began his political career when he joined the Janata Dal where he was appointed as the General Secretary in 1995. He became a member of the Karnataka Legislative Council twice, in 1997 and 2003, from Dharwad. He had also served as Political Secretary to Chief Minister J.H. Patel and as Deputy Leader of the Opposition in the Council.

He rose through the BJP ranks steadily since becoming the Leader of the BJP Legislature Party of Karnataka. In fact, 2008 was a difficult year for Basavaraj Bommai as his father and former CM S.R. Bommai was critical. His party JD(U) was in tatters and Basavaraj Bommai had no place to go.

He wanted to join Congress but the then Karnataka Congress President Mallikarjun Kharge was reluctant to take him. Later, he approached Yediyurappa who welcomed him with open arms and gave him a ticket from Shiggaon. Later, BJP rode to power and Yediyurappa made him Water Resources Minister.

Soon Basavaraj Bommai became Yediyurappa’s close confidante and stood by the latter during many crisis situations.  He, however, did not leave BJP when Yediyurappa walked out to form KJP in 2012.

Basavaraj Bommai becoming the CM is the second instance in the State’s politics for a father-son duo to have occupied the top post. His father S.R. Bommai was the 11th Chief Minister. The first instance is the family of former Prime Minister H.D. Deve Gowda where both Deve Gowda and his son H.D. Kumaraswamy held the top posts.

Basavaraj Bommai studied Mechanical Engineering and later worked in TELCO (now Tata Motors) in Pune for three years from 1983. He quit TATAs and established his own industry and at the same time showed keen interest in politics.

He was part of many political and farmers movements and participated in padayatras and also was a part of the effort to resolve the Eidgah Maidan conflict in Hubballi. Bommai and his wife Chennamma have two children  Bharath (an industrialist) and Aditi. The new CM’s hobbies include reading, writing, cricket and golf. He also served as the Chairperson of Karnataka State Cricket Association, Dharwad.