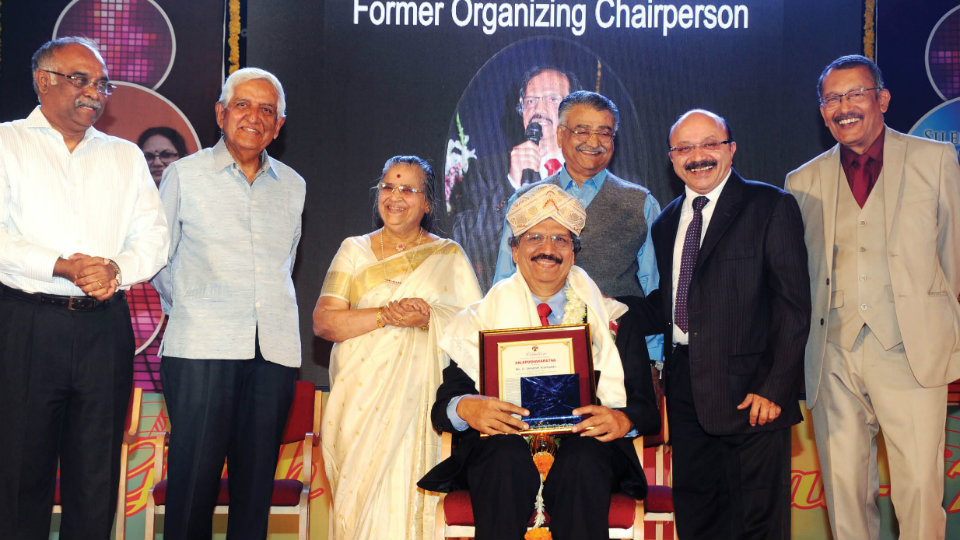 The 17th edition of the popular music programme Geeth Gaatha Chal… by the doctors and their family, yet again provided a grand musical treat to the music-lovers, at Kalamandira here last evening.

Well-known Sugama Sangeetha artiste H.R. Leelavathi, who was the chief guest, was felicitated by industrialist Dr. M. Jagannath Shenoy, who has been sponsoring the programme since the last 17 years. Leelavathi, who spoke, said that this was the first time she was being honoured by the doctors fraternity and was a special feather in her cap.

On the occasion, Dr. C. Umesh Kamath, who was the captain of Geeth Gaatha Chal… for 15 years, was conferred ‘Kala Poshaka Ratna Award.’ A citation presented to him on the occasion was read out by Dr. C.G. Narasimhan, Ganabharathi President. 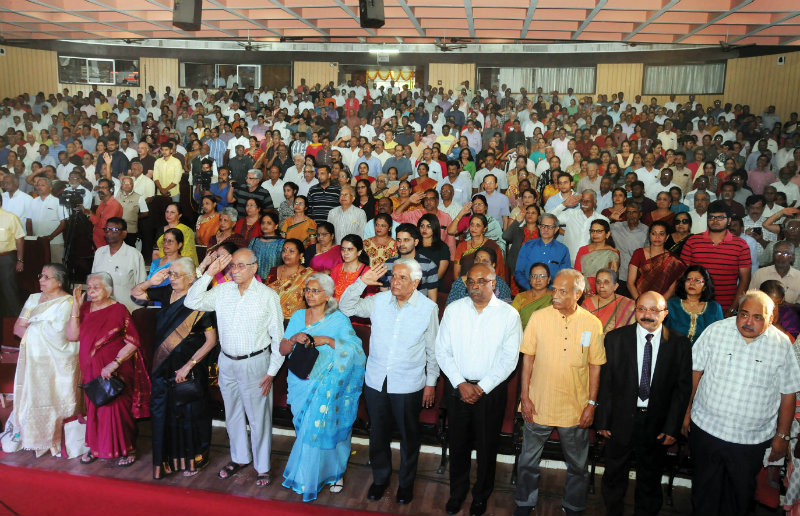 Audience stood up as a token of respect to the soldiers of the Indian Army as Dr. A.L. Hemalatha sang Yeh meri watan ki logo…

Dr. M.S. Natashekar gave the programme a melodious start with the popular Kannada song Entha saundarya nodu namma karunada beedu. It was an emotional moment for both the audience and the singer as Dr. A.L. Hemalatha sang Yeh meri watan ki logo, and the audience with their eyes moist stood up as a token of respect to the soldiers of the Indian Army. Dr. P.A. Kushalappa in his usual flamboyant style opened his innings with the romantic number Aapke haseen rukh pe aaj naya noor hai.

Sparsha Shenoy who sang Aa laut ke aja mere meet, beautifully complemented the singers with her graceful dancing. While Preethi Prabhu enthralled the listeners yet again with her melodious rendering of Madhu ban me Radhika naache re, Sparsha danced to her tunes! 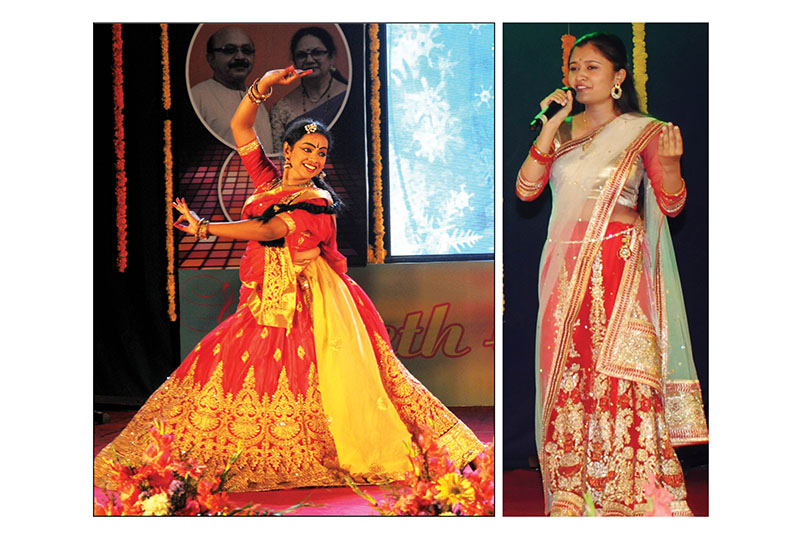 Preethi Prabhu renders ‘Madhu ban me radhika naache re’ as Sparsha Shenoy dances to her tunes.

When Dr. Kushalappa and Kavitha Niyath had the audience clapping for their rendering of aadha hain chandrama raat aadhi, Sparsha’s dance with pots on her head (like the heroine of the movie Navrang Sandhya had danced) got a huge ovation.

As a tribute to theatre artiste and critic late Srikanta Gundappa, Dr. U. Ganesh Rao sang Huttidare Kannada nadal huttabeku, which had the audience tapping their feet. Dr. G.D. Ravikumar very powerfully rendered the peppy number Dekha na hai re socha na hai re while Dr. S.K. Ghori in his inimitable style walked up the stage drumming on a tambourine (with Facebook symbols on it!) to sing Mera nam raju. 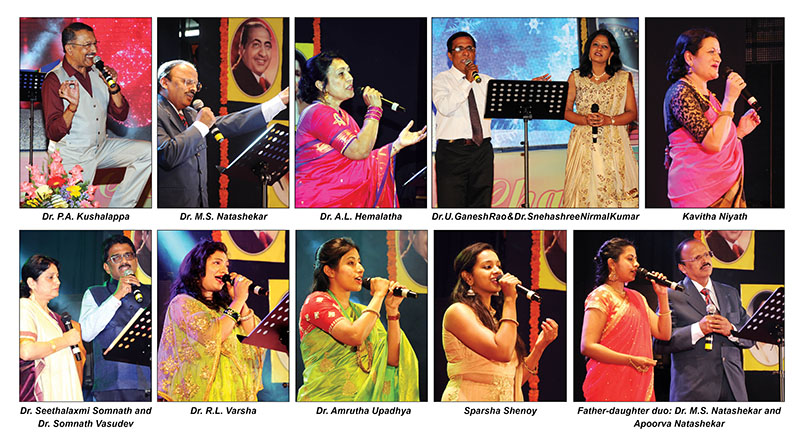