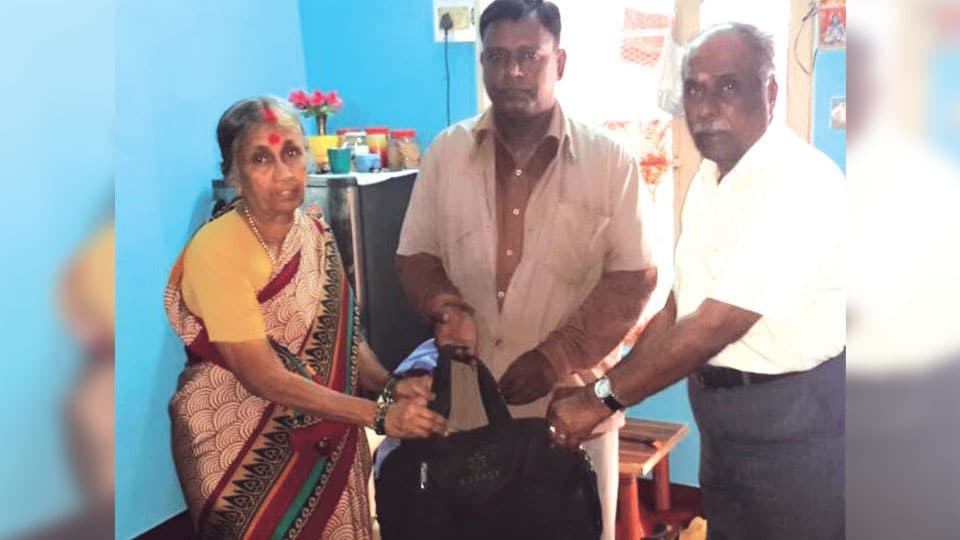 Mysuru: An aged couple Radha Bai and R. Purushotham Naidu had left behind a bag containing jewellery and clothing worth Rs. 2 lakh in an auto while they were travelling from Paduvarahalli to their home in N.R. Mohalla. To their pleasant surprise, the auto driver Nasir Ahmed Sharief of Udayagiri returned the bag when he found it lying in his auto. Meanwhile, Naidu had filed an FIR in Jayalakshmipuram Police Station. But once the bag was found,  he withdrew the complaint and the Police also appreciated the gesture of the auto driver.

“The bag was returned untouched. My parents were very happy with Sharief for his noble gesture and they presented him Rs. 2,000 as a token of appreciation,” said Asha Rani, daughter of the couple and added “may his tribe increase.”