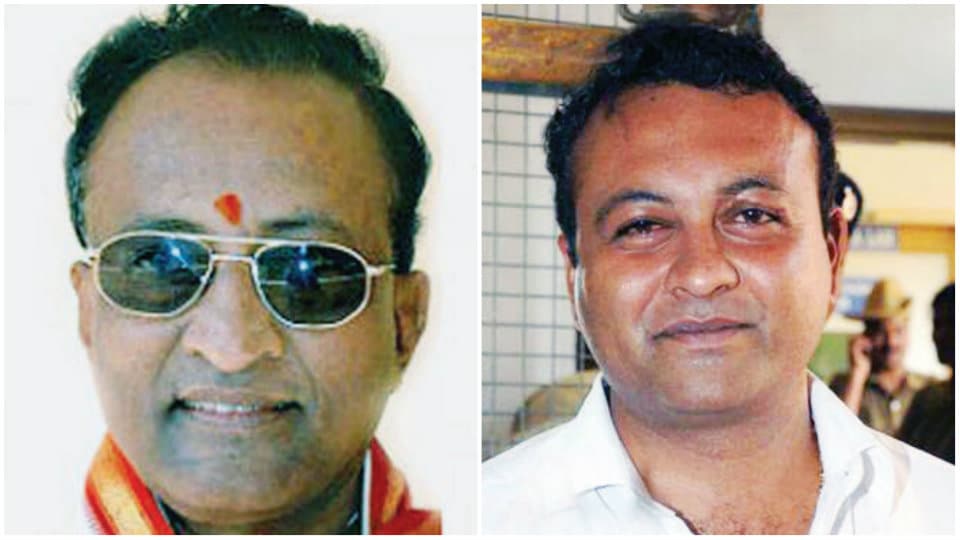 Mysuru: By exposing the “Car Rental Scam” in the Mysuru City Corporation, Nandeesh Preetham has followed the footsteps of his father late H.S. Shankaralingegowda (HSS) who was an MLA.

Shankaralingegowda was known for his public-friendly moves and he always used to raise his voice against misuse of tax payers’ money. He was known to rush to the help of people even at odd hours. This service-mindedness had helped Shankaralingegowda to become MLA successively for four terms from Chamaraja Assembly Constituency.

Like Shankaralingegowda, his son Nandeesh Preetham, a Corporator from Ward 21 of the Mysuru City Corporation, too has been raising issues of public interest. The moment he realised that as the Chairman of MCC’s Standing Committee on Town Planning and Improvement he cannot avail free car facility, he surrendered his car.

“I have written to Mayor and have surrendered my car as there is no provision for a Standing Committee Chairman to avail the facility of a rented car,” he said. He has also stated that he was ready to return the rental amount of the car to MCC treasury from 5.2.2017 to 2.5.2017, the days he used the vehicle.