Home » Columns » Should not boys think to change too ? 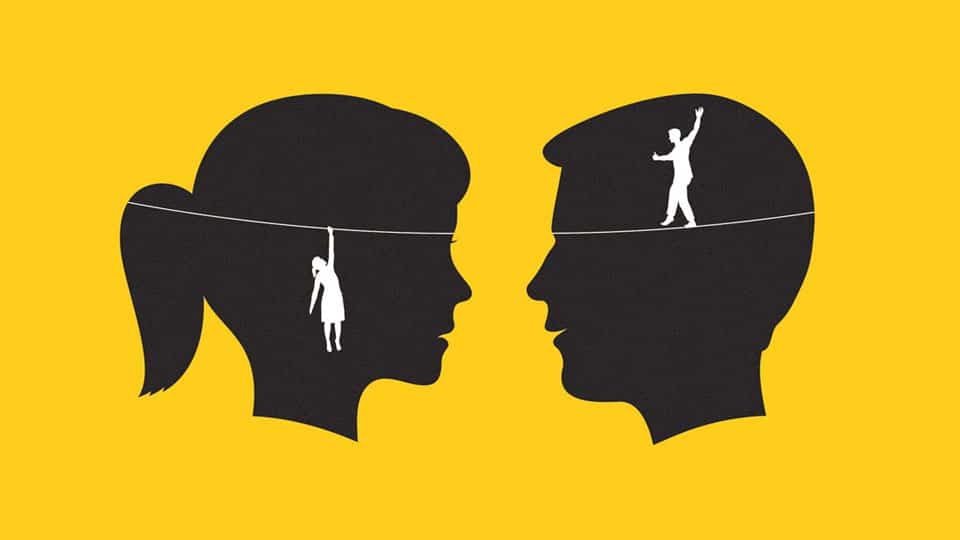 Should not boys think to change too ?

For at least a generation now — especially in urban India and educated middle-class families — we have raised our girls to be confident and fight for their rights. But we seem to have ignored an entire generation of boys who were not told anything about how their sisters were changing. While we gave our daughters new ideals and role models, no one bothered to tell their brothers that they ought to change too!

Girls drive two-wheelers and cars. It is considered an essential life skill. You can often hear dads proudly proclaiming that their daughters can drive very well indeed and they don’t need a father/husband/brother to take them anywhere.

However, boys were never taught that cooking is an essential life skill. You don’t see parents proudly saying that their son can cook and doesn’t need a mother/wife/sister to feed him (and keep him alive!).

We don’t tell our sons that it is okay for them to be paid less than their wives or stay at home to take care of the kids while their spouses continue to work.

Men want to marry a working woman (in theory) but are completely unprepared for the practical reality of a marriage where both partners work. It means doing the dishes or supervising the maid when your wife has a report to complete, it means taking half-day off to take care of your sick son because your wife has an important presentation. It may even mean giving up a promotion or moving to a new city for your spouse’s career.

Because we don’t tell our sons all this, they continue to expect that their wife will automatically give up the job/promotion/transfer in favour of the family whereas they will never have to take a step back from their own careers.

Boys are still raised the way they were for the last many generations.

Women are upset that dinner — and the house, kids, in-laws, maid — is still their responsibility while the men don’t know what they did wrong. After all, they ‘allow’ their wives to work, what more do they want?

Let us not only empower women, but also prepare men to set their expectations right.

Author unknown! So I cannot give the credit, a typical family scene: Mother gets up in the morning, starts shouting at her daughter “get up lazy girl, prepare some tea for your father and brother, what will you do at your mother-in-law’s home? “

This usual tirade goes on for days, months and years till the time the daughter finally departs,  married off.  The son,  the prince charming of home, not to be disturbed with these mundane “girlie” jobs, is left in peace. Can you blame the mother for this ?  Of course, not. She is just following the tradition.

Is it time the boys change or time the parents start thinking on changing the tradition  in the current scenario where girls are breaking all known glass ceilings day in and day out? Men will be happy having the cake and eating it too. Have spoken to several men who are very positive on having a working wife but when it comes to sharing the household jobs, they just shy away and say it is a woman’s job? With this attitude, several women lose their self-confidence even though they are earning as much as their husbands do.

Sir, if you want a fat cheque  going to your account every month, then it is time to change and work out a compromise by which one shares not only the bed but also the chores of the home. For this to happen it is  time the parents start  imparting some basic home work to their  sons so that when they grow up it becomes a part of their routine. Is it not surprising that men consider “cooking” at home as  female job when most of the top chefs in the world are men!  The same goes for the job of dish washing also where most of the dish washing  jobs in the hotels are done by men. And when it comes to cleaning in their own  kitchen they shun it!

With the girl children being shunned day in and day out in some parts of our Mahan Bharat, the sex ratio is getting skewed up. A time may come when one may have to pay a “dowry” to get a girl for marriage! Girls are getting educated and are aware of their rights but how to change the deep-rooted mindset and practices prevailing in our society?  I am not optimistic, it might change in the urban India but not in the rural India.  The only hope is that when  one observes the present youth, they do go out of the way to help their better halves unlike our generation.  The truth, we had the cake and ate it too !

To conclude, on paper, men and women are considered equal but it is time the mindset also changes  and this becomes a reality. You want a working wife, better be prepared to share and care?