Home » Columns » Why Udupi people are into catering business? 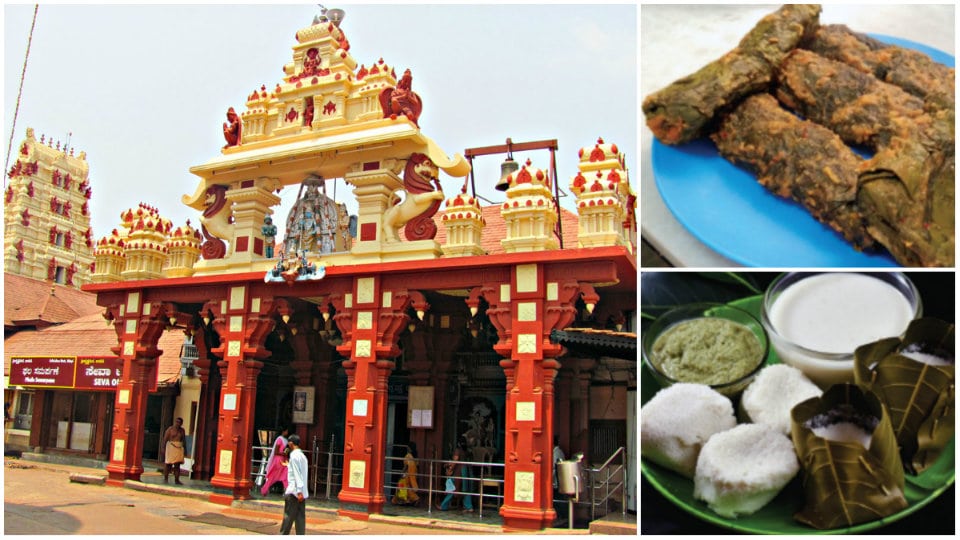 Why Udupi people are into catering business?

A very interesting blog, linking Mahabharata war and Udupi, a small district in South Karnataka, a Krishna town, came along and I  could not resist the temptation of putting it across to SOM readers. I am not in a position to authenticate it since this happens to be a musings of a writer called  Usha Sriram. This may be her imagination or may be a story based on some writing.

In Dwapara Yuga, the Kurukshetra war between the Kauravas and the Pandavas was considered the mother of all battles. In this war, nobody could remain neutral. One had to either side with the Pandavas or the Kauravas. All the kings of the country, hundreds of them, aligned themselves on one side or the other.

The King of Udupi (frankly a head of such a small district is worthy to be called a chieftain)  however chose to remain neutral. He spoke to Lord Krishna and said, “Those who fight battles have to eat. I will be the caterer for this battle.” Sri Krishna  said, “Fine, somebody has to  cook and feed,  you do it.”

It is said that over 5,00,000 soldiers had gathered for the mighty battle. The battle lasted for 18 days and everyday thousands were dying. So the Udupi cook had to cook that much less food or otherwise it would go waste. The Udupi King managed it very well. The amazing thing was that the food was exactly enough for all the soldiers, who were alive and no food was wasted. After watching this for a few days, people, curious, asked the King of Udupi, how he managed to know about the exact number of people, who were alive. No one knew how many soldiers had died on any given day. By the time they would have taken the count of these things, the next day morning would have dawned and again it was time for the battle.

READ ALSO  When God says no, he has better plans for you

The King replied, “It is very simple. Since I am a Krishna bhakt,  every night I go to Sri Krishna’s tent. Since he likes boiled peanuts, I peel them and after counting them, keep them in a bowl. He eats just a few peanuts and after he is done, I count how many he has eaten. If he has eaten 10 nuts, I know tomorrow 10,000 people will be dead.  So the next day, I cook that much less. I have done this everyday for the past so many days and the calculation has not gone wrong even once.” Since Sri Krishna had given them the job of cooking, the people of Udupi accept it as the blessings of the Lord. And also accept catering as a vocation. He is also the presiding deity of the town.

Very interesting story. The Kuruskhetra war was real but the rest, I leave it to your imagination.

But it is also a fact that Udupi cuisine is different and strictly adheres to the tradition of satvik vegetarian cuisine. As prescribed by the Ashtamutts founded by Madhvacharya, they do use onions or garlic in their dishes and are made primarily from grains, lentils, locally grown vegetables and fruits. Just like Kerala cuisine, coconuts are extensively used. Another unique usage is of jaggery and hing in all main dishes like sambar or rasam.

Eating food on a plantain leaf is a ritual. It is of course a complete meal by itself having enough nutrients required for a day. For most people living in Udupi,  the lunch on plantain leaf is the only main meal of the day. During the start and at the end of the meal, an invocation “Govinda” is chanted, basically a thanksgiving for Lord Vishnu, for the meal. There is also an order of placing the items cooked on the leaf and one cannot have the meal until the head priest invokes the God.

Udupi cuisine is unique because most of the times local vegetables are used like the mattu gulla (a brinjal specially grown in that region), heerekai (ridge gourd), yam,  southe, thondekai, jackfruit etc. Even the skin and seeds of heerekai,  red pumpkin and cucumber are used for making “chutney” and “thambli,”  a local specialty!  Surprisingly,  these local vegetables grown elsewhere do not have the same flavour. Something to do with the soil, perhaps! Nearly twenty to twenty-five items are served for a normal meal but the important item which decides the quality of the meal is the saaru or the rasam.

The rich, however, have to show off and sometimes  8 to 10  sweets are served in a meal resulting in a wastage, which can easily be avoided if the same sweets are packed and given to the guests. Nowadays, of course, the meals are served on a table, with servers donning gloves and mineral water replacing the normal drinking water.

I would like to enumerate some typical Udupi dishes for your information:

The list is endless. Even dosa and the masala version which now has become an international dish has had its origin in this region. Two prominent hotel families (Dasprakash and Woodlands) have claimed that their founders have invented the masala dosa. Since the information available is incomplete, I would not like to comment on this subject

To conclude,  the Udupi cooks have now migrated all over the world and are churning out their own combinations and variations of the Udupi cuisine in the name of fusion. However that can never match the authentic flavour of the food served at Udupi town. Do you agree?

Catering N.K.A. Ballal Udupi
Learning at Guru’s feet
The misery of losing and the miracle of finding ! -1