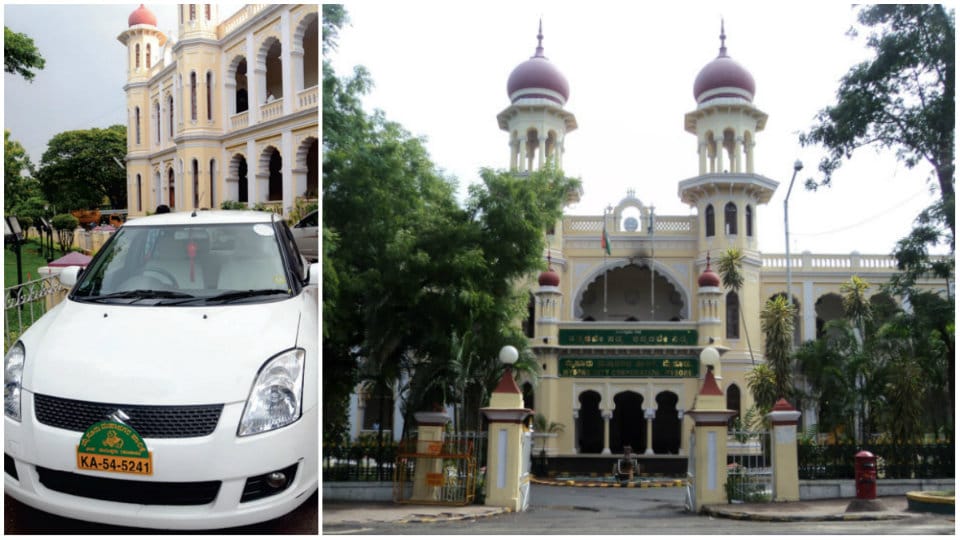 Mysuru: More skeletons are tumbling out of the Mysuru City Corporation (MCC) shelves in the “Car Rental Scam” where elected representatives and their officers were found misusing public money and availing facilities that they are not entitled to.

The scam came to light yesterday when Nandeesh Preetham, Chairperson, MCC’s Standing Committee on Town Planning and Improvement told reporters that MCC was paying crores of rupees as rent to the cars that have been given to Standing Committee Chairmen and the Leader of the Opposition though there is no provision for such a facility under the                Karnataka Municipal Act.

After the controversy broke, it has now come to light that the MCC had footed the travel bill of the Officer on Special Duty (OSD) of PWD and Mysuru District In-charge Minister Dr. H.C. Mahadevappa.

Among the 62 cars engaged by the MCC, one TATA Indica car (KA-09-C-0253) is for the exclusive use of the OSD. Nandeesh Preetham questioned the rationale behind the MCC in footing the bill of the car used by the OSD attached to the Minister. The OSD has used the car from March 1 to 31 and has travelled 1,439 km. The MCC has paid Rs. 23,500 to “Sky Star” car renting firm towards the bill.

Sources said that the OSD’s car rental bill is approved month-on-month by KAS officer Shobha, who has been deputed at the office of the District In-charge Minister. Interestingly, the car is not used by MCC officials but is frequently used by the employees at the Minister’s office in the name of the OSD.

READ ALSO  Sewage water flows in heart of the Mysuru

It may be recalled here that Nandeesh Preetham sparked off a debate yesterday by surrendering the official car given to him in his capacity as the committee’s chairperson and seeking a clarification from the authorities over their eligibility for a car.

In a letter to Mayor M.J. Ravi Kumar, Preetham said he will start using the car only if the government clarifies that the heads of standing panels of the civic body are entitled to official cars. If not, Preetham has offered to pay the rentals for the car.

Preetham said that though the posts of chairpersons of the standing panels of the civic body are statutorily created, there is no law permitting the persons occupying them to enjoy the facility of an official car at the cost of the tax payer’s money.

“We have supplied 18 cars to the Mysuru City Corporation through e-procurement. We produce bills as per the usage of officers and even the officer concerned sends a bill of the vehicle usage to MCC which is compared with the bill we send. We get a cheque from the MCC Audit Department.”

“The MCC calls for a tender to supply cars for the use of officers and other authorities. We apply for the tender by quoting our price. We have bagged the contract during the last tendering process and we have supplied 22 cars. We have been supplying cars to the MCC since 4 years and we get the bills cleared once in two months.”

Car Rental Scam MCC
Should not boys think to change too ?
“Open to All” sign boards must at temples: DC