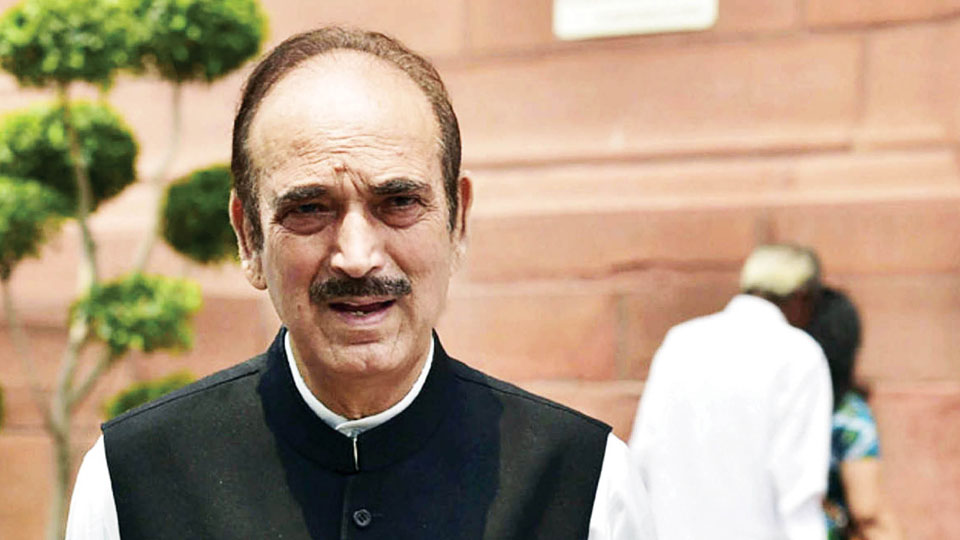 New Delhi: In probably one of the biggest blows to the Congress ahead of the 2024 elections, Ghulam Nabi Azad, a party veteran and former Union Minister, quit Congress after more than five decades of association this morning.

He resigned from all party posts with a scathing attack on Rahul Gandhi, calling him out for ‘childish behaviour’, glaring ‘immaturity’ and for ‘demolishing the consultative mechanism’ in the party.

In a lacerating resignation letter to Party Supremo Sonia Gandhi, he blamed her son Rahul for the Congress’s defeat in the 2014 national election — a turning point for the party that has been struggling to win elections since.

Point of no return: The Congress has reached a point of no return, he declared and slammed a ‘remote control model’ in which Sonia Gandhi is ‘just a nominal figurehead’ while important decisions were taken by ‘Rahul Gandhi or rather worse his security guards and PAs (Personal Assistants)’.

Seventy-three-year-old Azad said the Congress had conceded its political space to the BJP and regional parties “because the leadership in the past eight years has tried to foist a non-serious individual” at the helm of the party.

“Unfortunately, after the entry of Rahul Gandhi into politics and particularly after January 2013, when he was appointed Vice President by you, the entire consultative mechanism which existed earlier was demolished by him,” Azad wrote. All senior and experienced leaders were sidelined, he said, and a ‘new coterie of inexperienced sycophants’ started running the affairs of the party.

Immature moves: “One of the most glaring examples of Rahul Gandhi immaturity was the tearing up of the Government Ordinance in full glare of the media,”  Ghulam Nabi Azad said.

The ordinance was incubated in the Congress core group, unanimously approved by the cabinet chaired by then Prime Minister Dr. Manmohan Singh and approved by the President, he said.

“This childish behaviour completely subverted the authority of the Prime Minister and the Government of India. This one single action more than anything else, contributed significantly to the defeat of the UPA Government in 2014 that was at the receiving end of a campaign of calumny and insinuation from a combination of forces of the right-wing and certain unscrupulous corporate interests,” Azad’s letter said.

He went on to chronicle the party’s downward spiral over the past few years, pulling no punches. “Under your stewardship since 2014 and subsequently that of Rahul Gandhi, the Congress has lost two Lok Sabha elections in a humiliating manner. It has lost 39 out of the 49 assembly elections held between 2014-2022. The party only won four state elections and was able to get into a coalition situation in six instances. Unfortunately, today, the Congress is ruling in only two States and is a very marginal coalition partner in two other States.”

Azad said since the 2019 general election, the situation has only worsened. “After Rahul Gandhi stepped down in a ‘huff’ and not before insulting all the senior party functionaries who have given their lives to the party in a meeting of the extended working committee, you took over as interim president. A position that you have continued to hold even today for the past three years.”

“Worse still, the ‘remote control model’ that demolished the institutional integrity of the UPA Government now got applied to the Indian National Congress. While you are just a nominal figurehead, all the important decisions were being taken by Rahul Gandhi or rather worse his security guards and PAs,” he pointed out.