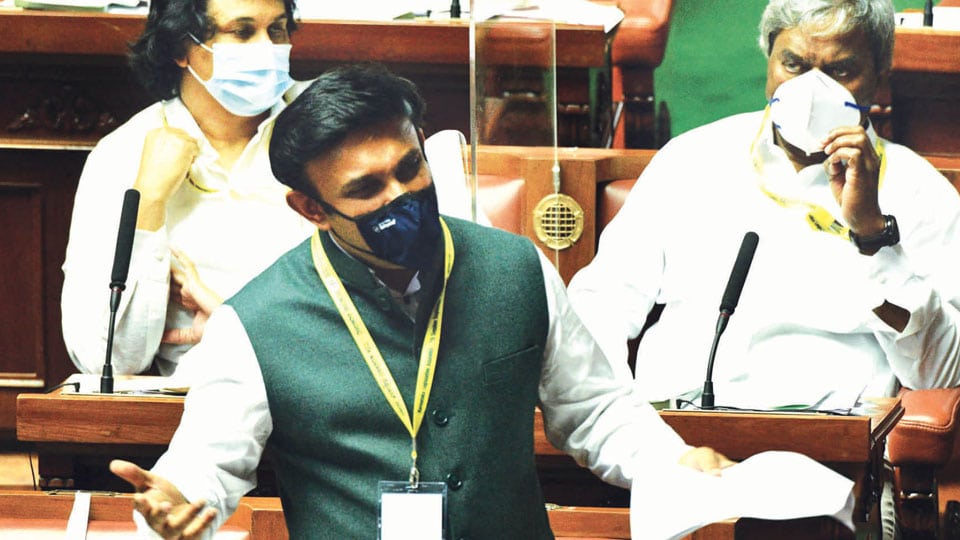 Bengaluru: Medical Education Minister Dr. K. Sudhakar has ruled out any corruption in procurement of COVID-19 related medical equipment procurement and said there is no need for an investigation into it, as demanded by Opposition parties.

Replying to allegations made by the Opposition members in the State Legislative Assembly here yesterday, Dr. Sudhakar said that market price varies according to the demand. They had procured PPE kits at Rs. 575 in the month of July. During initial stages, there was a huge demand and with domestic production, the Government had to procure 3 lakh PPE kits from China.

Later, locally manufactured and ICMR-approved kits were purchased. Similar procedures have been followed by other States too. Earlier, there was short supply of sanitisers, but after talks with distillery owners, the demand has been met thereby reducing the scarcity. “The ‘baseless’ allegations by Opposition parties have demoralised officials. We must fight this pandemic together and everyone should co-operate in this fight against Covid-19,” the Minister said.

On preparedness and ramping up of infrastructure by the Government to tackle COVID-19 crisis, the Minister said by April 9, there were 31 hospitals with 5,665 beds reserved for COVID patients. In the Government Hospitals under Health Department, there were 3,215 oxygen beds to which they have added 15,380 beds increasing the number of beds to 19,045 beds. So, there has been a 6 times increase of oxygen beds in Government Hospitals. Hospitals under the Medical Education Department had earlier 4,360 oxygen beds to which they have added 4,735 beds taking it to 9,095 beds. So, they have doubled the oxygen beds which are under Medical Education Department. Both Departments put together, now they have 28,140 oxygen beds which is 4 times more than what we have had before COVID.

Clarifying the issue on COVID management, the Minister said, in last seven months, medics are working round the clock without taking leave single day. Karnataka was a model State during lockdown period.

Considering the difficulties of poor and daily wagers, the Government lifted lockdown which triggered Corona positive cases due to migrant workers from Maharashtra and other States.

Different specifications and different quality ventilators are available for different prices, one should not get confused with different prices. Opposition parties are using the situation to get political mileage and this is demoralising officials and Corona Warriors who are working on war-footing, he added.