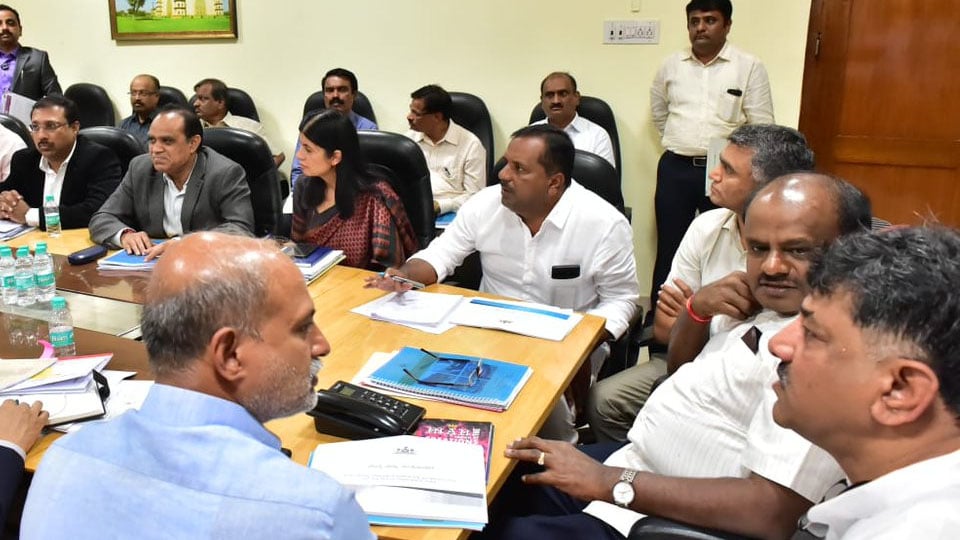 Government to build pre-fabricated houses to homeless in Kodagu

Bengaluru: The State Government will build pre-fabricated houses in over 42 acres of land to rehabilitate around 750 families who are rendered homeless due to floods and landslides in Kodagu district. The government would evolve a separate policy for regulating residential structures in hilly terrain in the district.

Minister for Housing and Urban Development U.T. Khader said in Bengaluru yesterday that the government had already finalised various schemes for the displaced. The Housing Department would build these dwellings, planned to match topography and withstand natural disasters. Around 1,120 houses were damaged in the recent floods and landslides and of them, 186 were completely destroyed. Around 6,500 people were rendered homeless.

“About 42 acres in a dozen villages have been identified where the pre-fabricated houses will come up. These houses will be constructed in different shapes and sizes as per the needs of the local people and keeping in view the harsh weather in Kodagu,” Khader said.

“Each pre-fabricated house will have two rooms, a toilet and guaranteed durability of 30 years. Our effort is to finish the construction of these houses before the onset of peak winter,” he said. Those unwilling to move into the pre-fabricated houses will be given compensation and a plot to resettle.

Rs. 3,000 crore needed to restore roads: Around 2,225 km of roads, including State and National Highways and 240 bridges were damaged in the floods and landslides, government officials told Chief Minister H.D Kumaraswamy yesterday, estimating the cost of restoration at Rs. 3,000 crore.

The CM has directed officials to prepare a detailed proposal to seek Central assistance. He also told officials to seek people’s opinion about rehabilitation to those who lost their homes. He told officials to restore rural roads and power supply on priority. Ministers D.K. Shivakumar, Krishna Byregowda, U.T. Khader and S.R. Mahesh attended the meeting.

Meanwhile, Karnataka has so far received Rs. 46.15 crore for relief and rehabilitation of people in flood-hit Kodagu district. According to an official release from CM’s office, “the Chief Minister’s Relief Fund has received a total of Rs. 46.15 crore through contributions from various State’s institutions, private firms and employee associations.” Demand Drafts worth Rs. 14 crore were received through 153 individuals and organisations, while more than Rs. 9 crore was transferred to the relief fund through internet banking and digital wallets.