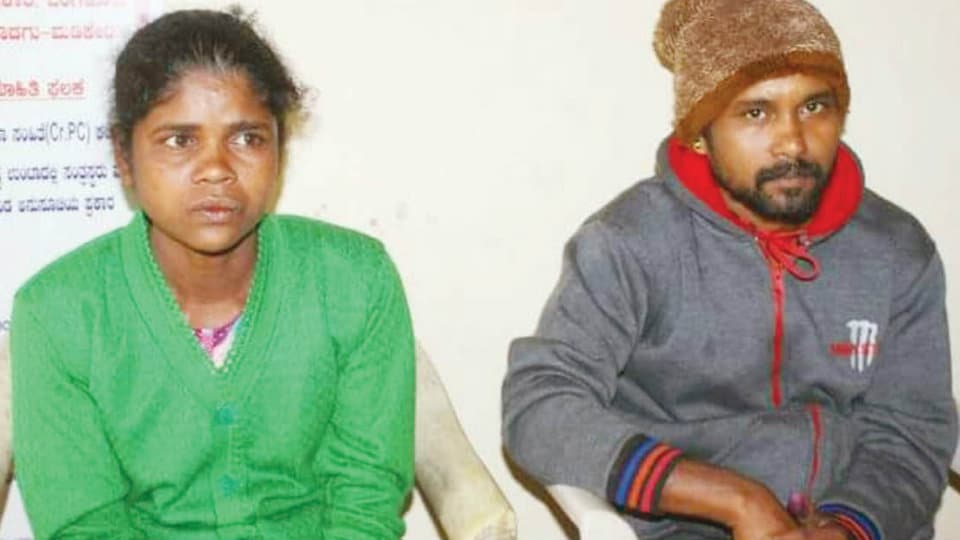 Madikeri:  Two weeks after landslides and floods ravaged Madikeri and Somwarpet taluks of Kodagu district, stories of people who are trying to piece together their lives and also help other flood victims continue to flood newspaper offices. While some stories bring in a feel-good factor, others make us cringe.

Here is a story of two families that come from Kodagu. While one couple has decided to sell their two out of three-acre land to help rehabilitate flood victims and also adopt orphaned children, another couple faked the death of their 7-year-old son to claim compensation of Rs. 5 lakh from the government.

The story of a seven-year-old boy being washed away from a mother’s hand at Kaluru village in Somwarpet Taluk was narrated by DG&IGP Neelamani N. Raju at a press conference in Madikeri a couple of days back. The child, Gagan Ganapathy, belonged to Somashekar and Suma couple. The couple narrated their heart-rending story in front of the State’s Top Cop and the media was briefed accordingly. The couple claimed that their only son slipped out of  their hands and fell into gushing flood waters.

Later, Suma and Somashekar took shelter at Maithri Police Hall relief camp in Madikeri while the Madikeri Rural Police, along with National Disaster Response Force (NDRF) continued their search for Gagan Ganapathy. When the NDRF personnel asked the couple to identify the place from where their son was washed away, the couple gave conflicting versions.

Suspicious about their versions, the Police grilled Suma who later confessed to cooking up the story to claim Rs. 5 lakh from the government. She said that an owner of a coffee estate and some of her close friends had advised them to do so and claim the money.

According to Madikeri Rural Dy.SP Sunder Raj, for both Somashekar and Suma it is their second marriage. Suma had earlier been married to Ramesh of Thithimathi, and had two sons, Muthappa and Gagan. She had left them years ago and married Somashekar, a resident of Pollibetta and were living in Madikeri and worked as labourers.

Following the disaster in the district, the couple cooked up a story for compensation. Gagan is 10-years-old and is still alive. The case has been closed now, the Dy.SP said. 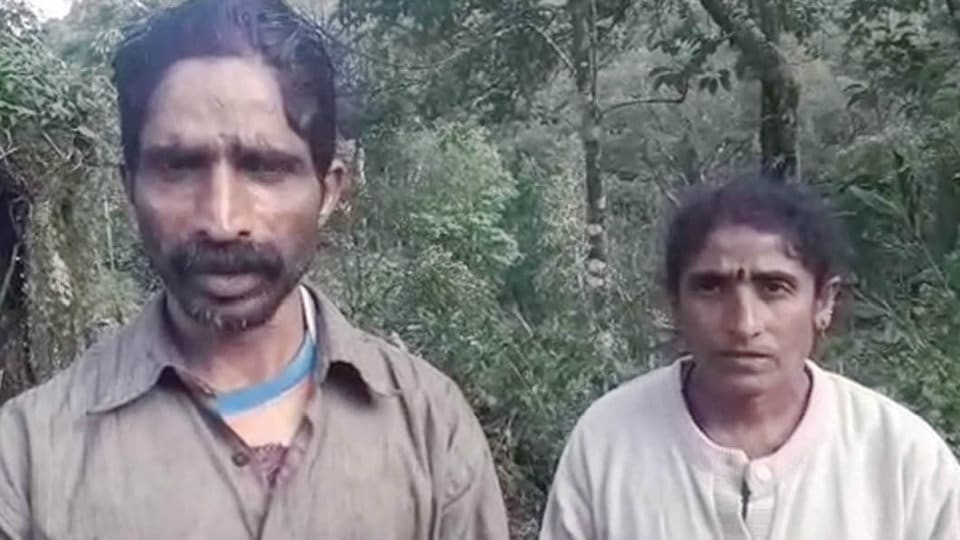 Poonacha and his wife who have decided to adopt orphaned children.

READ ALSO  As Kodagu braces up for another monsoon... Sound of thunder makes Kaloor villagers shudder

Poonacha has announced that out of three acres of land he owns, the government could use two acres to construct houses for flood victims. He also stated that as he doesn’t have children, he was ready to adopt any children orphaned in floods and landslides. “I am ready to take care of orphan children and their future,” he said.

But district authorities said that donations could be considered only if Poonacha approaches the Revenue Department with valid land documents. Donations like land can only be done through a proper channel and before accepting donations, the land has to be examined if it is suitable for rehabilitation, officials said.