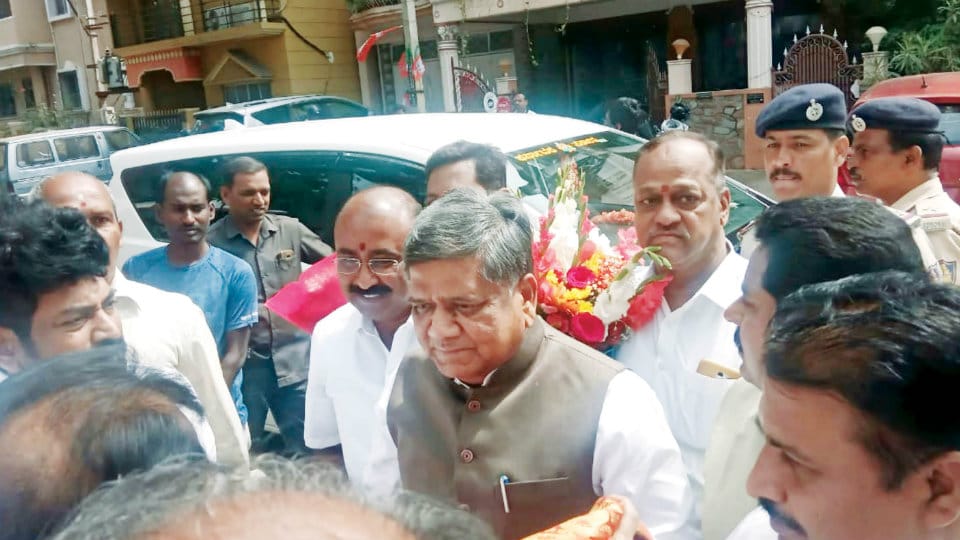 Government to promote industries in Tier 2 and 3 cities: Shettar

Mysore/Mysuru: Asserting that the Government  is committed for the promotion of industries in Tier 2 and Tier 3 cities, Large and Medium Scale Industries Minister Jagadish Shettar said that this move will help ease the pressure on Bengaluru.

Speaking to press-persons at the BJP Office in Chamarajapuram here this morning, Jagadish Shettar, who is on a private visit to the city, said that Mysuru, being the second biggest city should have become a major industrial hub by now. But unfortunately, the growth of industrial sector in Mysuru is not upto the mark and the Government will evolve concrete plans for the promotion of industries from all sectors in Mysuru and Chamarajanagar districts. Pointing out that a Road Show, Investors Meet and such other promotions will be held in Mysuru shortly, Shettar said that he will hold a meeting with all stake-holders this evening in city.

Maintaining that the Global Investors Meet scheduled to take place in Bengaluru from Nov.3 to 5 this year, will attract large-scale global investments in the State, he said that the propaganda for the meet has already begun with Chief Minister B.S. Yediyurappa meeting several global investors during his visit to World Economic Forum at Davos last month. Claiming that the Investors Meet held at Hubballi a few days ago was a roaring success, Shettar reiterated the BJP Government’s commitment for promotion of industries and employment generation.

Referring to Tourism Minister C.T. Ravi’s keenness on setting up casino parlours in the State based on Las Vegas model, Shettar said that the Government on Saturday has clarified that it would not allow such casino parlours.

READ ALSO  Tip of the iceberg

Reacting to a query on Anti-national slogans by some women activists during Anti-CAA agitations, Shettar said that the Government has taken the issue seriously and such cases will be dealt with severely.

Replying to another question on reported differences within the Government, he said that there were no differences or dissensions in the State Cabinet and the BJP Government was concentrating on working for the welfare of the people.

Former MP C.H. Vijayashankar, leaders M. Shivanna, H.V. Rajeev and others were present on the occasion.