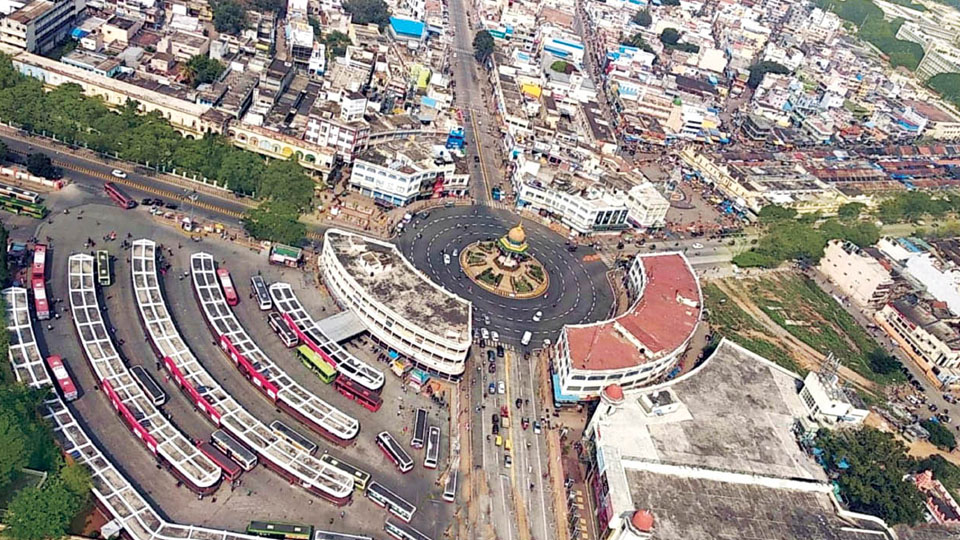 US to help MCC raise funds through Municipal Bonds

Mysore/Mysuru: What may come as a huge financial relief to the cash-strapped Mysuru City Corporation (MCC), the United States Department of the Treasury has come forward to provide technical know-how to float Municipal Bonds for major infrastructure projects.

Mysuru figures in the list of six cities that have been selected to receive guidance from the US Treasury Department. Other cities in the list are Rajkot, Vadodara, Lucknow, Pimpri Chinchwad and Mangaluru. This would be the first time these cities would raise money from the open market through Municipal Bonds.

Countries like the USA have had a long experience of using Municipal Bonds to finance the development of cities and their infrastructure. US President Donald Trump’s visit to India from tomorrow would see India and US forging the alliance to enable the six cities to tap the potential of raising infrastructure funds through Municipal Bonds.

The Municipal Bond market is relatively new for cities in India. Pune was the first city to use this method to raise money for a water supply project in 2017. It had raised Rs. 200 crore.

US Treasury Department had helped Pune to begin this process on a pilot project basis. Seven other cities have also raised funds worth Rs. 3,200 crore for Municipal projects. These include Hyderabad, Indore, Amravati, Bhopal and Visakhapatnam.

Mysuru has ‘A Grade’ in credit ratings

Speaking to Star of Mysore this morning, MCC Commissioner Gurudatta Hegde said that Mysuru had been selected to float Municipal Bonds under the guidance of US Treasury Department.

“We get our revenues from taxes and not much is saved for development after paying salaries and dues. Rs. 150 crore goes for maintenance. These Bonds offer credit for long-term projects based on credit ratings of a particular city. Mysuru has ‘A Grade’ in credit ratings and we have been approaching the Government to explore the possibilities of raising funds through Municipal Bonds for specific projects,” he said.

There is limited option to raise funds for the projects as Banks usually do not come forward to offer long-term credits and even if they do, their interest rates are high. Through Municipal Bonds, we can raise long-term credits at lesser rate of interest and there is no risk for the companies that give credit as they are funding Government projects where there is a guarantee of payment unlike fly-by-night private companies, MCC Commissioner Gurudatta Hegde said.

Municipal Bonds will give MCC the advantage as there will be competition from credit companies for specific projects.

“Through Bonds, we will get funds at a low rate of interest and investors from across the globe will come for a long duration extending up to 15 to 20 years. Even the interest rates will be lower and as the duration is higher, we can repay the money through the revenue that we generate from the project,” he said.

This is for the first time such an experiment is being conducted in Karnataka and Mysuru and Mangaluru have been chosen.

“A team had come from Mumbai last week and evaluated the credit ratings of Mysuru. We held a series of meetings and we are positive that we will be able to raise hundreds of crores through Bonds as we will have a control over funds, interest and the repayment. We will float the Bonds and the process might take one or two months. Major projects will be identified and   will be a boost for development,” he added.

Hegde also revealed that Karnataka Urban Infrastructure Development and Finance Corporation has been named as a Nodal Agency and State Bank of India (SBI) as the consultant Bank to float Municipal Bonds.

The spadework for this cooperation started in November 2019 when there were indications that US Economic and Financial Partnership programme could extend this technical assistance to more cities.

The Ministry of Housing and Urban Affairs gauged credit ratings of all cities and asked cities to give a proposal. The project was then put before NITI (National Institution for Transforming India) Aayog and Dept. of Economic Affairs for their approval.