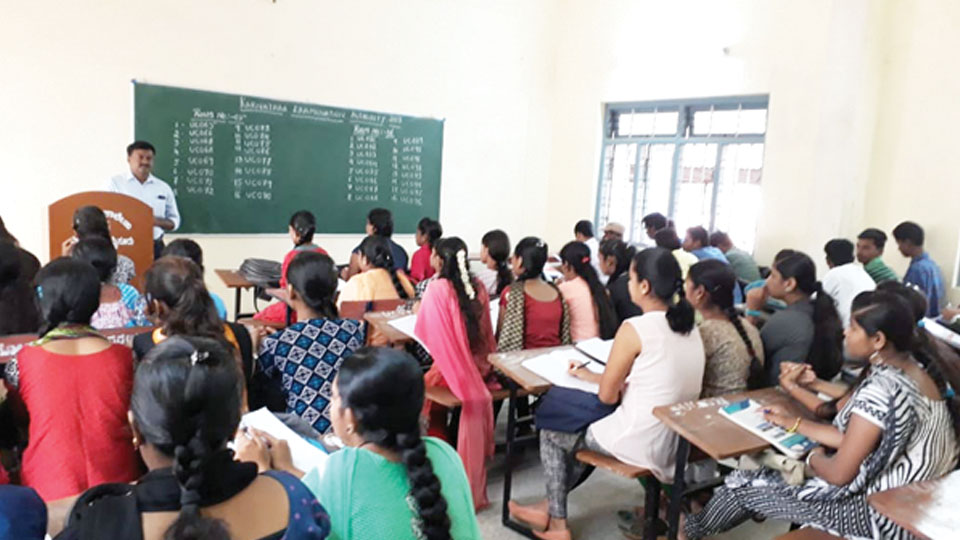 Members of the Karnataka State First Grade Colleges Guest Lectures Association met Minister for Higher Education G.T. Devegowda (GTD) on Tuesday and submitted a memorandum on their concerns over the recruitment process.

Devegowda said that his Dept. had initiated the process to hire 11,000 Guest Lecturers to fill up vacancies in PU Colleges. Replying to a debate in the Assembly yesterday, Devegowda said that existing vacancies would be filled through the online process. He also said that the Govt. would bring in amendments to the private Universities Legislation to stop the Varsities from offering agricultural sciences and technology course. He said that the government would not allow the establishment of private Agricultural Universities or Colleges henceforth. Also, Agricultural Colleges and Universities would be brought under the Agriculture Department, he said.