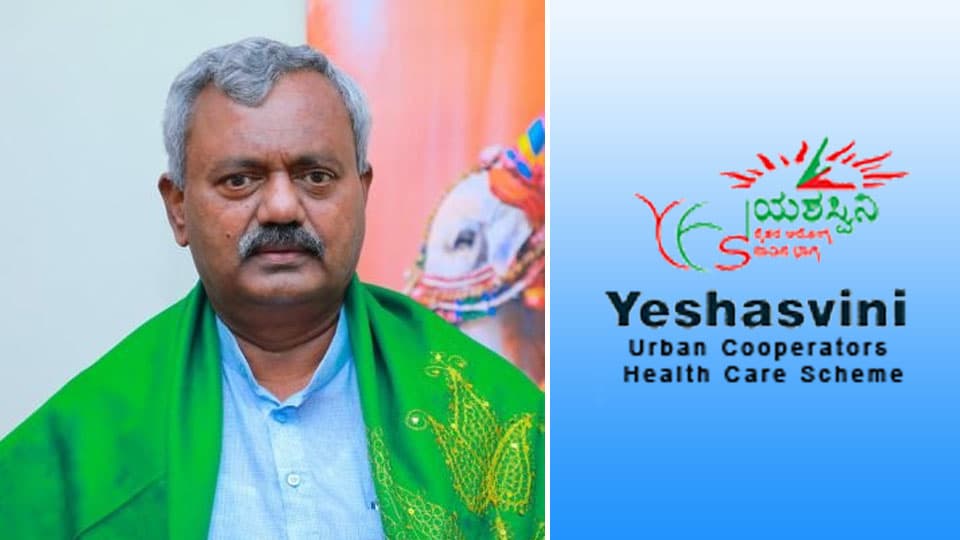 Mysore/Mysuru: Stating that there is a growing demand for re-introduction of Yeshasvini health scheme, District Minister S.T. Somashekar said that the Health Department is studying the pros and cons of the scheme.

He was addressing a press meet at Pathrakartara Bhavan here on Saturday.

Replying to a question, Somashekar said that as the State’s health scheme has been already merged with the Centre’s Ayushman Bharat Health Scheme, he said that the issue is currently under discussion at the  Government level.

Declaring that the Co-operation Department is ready to give Rs. 400 crore if Yeshasvini scheme is re-introduced, he said that Ramesh Kumar, who was Health Minister in the Congress Government headed by Siddharamaiah, had amended the Act and now it has become necessary to change it. As such, technical hurdles have arised in the re-introduction of the scheme and subsequently, the Health Department is discussing the pros and cons of the scheme.

Maintaining that Yeshasvini scheme re-introduction has even been discussed with Chief Minister B.S. Yediyurappa, he said that another meeting will be held with the CM in this regard.

Referring to Gram Panchayat (GP) poll results, Somashekar said that BJP-backed candidates had won 1,322 seats in the district. Asserting that he has presented statistics in support of his claim that BJP-backed candidates had won a majority of seats in the GP polls, he expressed confidence that the BJP will  perform very well in the forthcoming  Taluk Pachayat (TP) and Zilla Panchayat (ZP) polls.

Replying to a question on KPCC President D.K. Shivakumar’s charge that the BJP Government is a ‘Commission Government,’ Somashekar rubbished the charges and warned that he would be forced to disclose the commission received by the KPCC President when he was a Minister earlier.