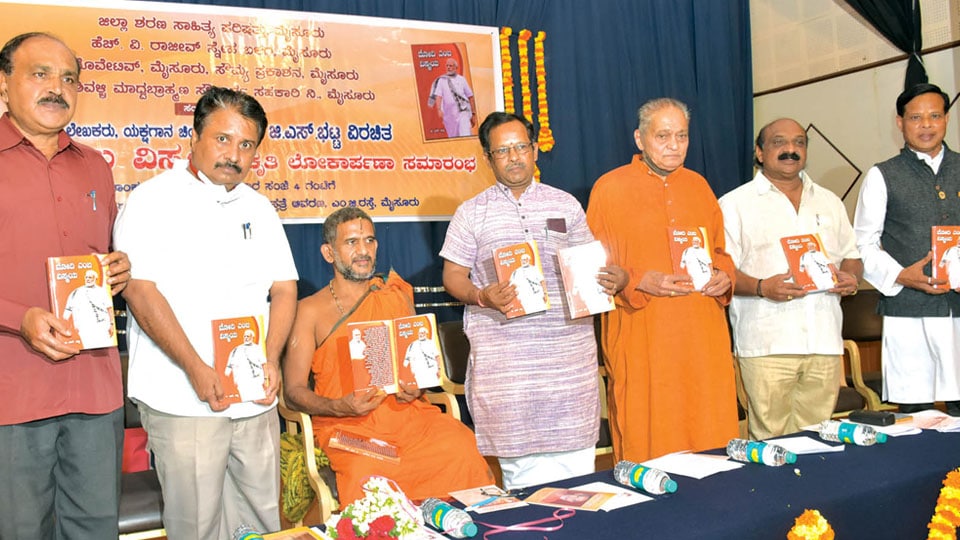 Asserting that Prime Minister Narendra Modi was moulded by RSS (Rashtriya Swayamsevak Sangh), Dr. Vasanth Kumar said that the Uniform Civil Code is not anti-Muslim nor against any other religion for that matter.

Stating that the Code is meant for a Common Civil Code for all communities and sections of the society, he contended that the Centre scrapped the ‘Triple Talaq’ law only for the sake of Muslim women, who were subjected to indiscrimination.

Defending scrapping of Article 370, he said that the scrapping will facilitate establishment of industries by outsiders as well in Jammu and Kashmir.

Recalling the 2002 Godhra riots, Dr. Vasanath Kumar said that it was a testing time for Modi as the CM of Gujarat, which he handled  deftly and shrewdly.

Stating that USA which once refused visa to Modi over Gujarat riots, is now rolling out a red carpet for his leadership qualities, he said that Modi has great leadership skills to overcome any crisis and that is why he is referred to as a wonder.

Claiming that Modi is working towards realising the dreams of Mahatma Gandhi, Dr. B.R. Ambedkar, Syama Prasad Mukherjee and such other great leaders, he said that what the country needed today is a strong leader like Modi, who has caused great scare among our hostile neighbours like Pakistan and China.

District Minister S.T. Somashekar, who could not attend the programme, however, wished the event through a release.

Stating that Karnataka has got a Rs. 39,300 crore package under ‘Atmanirbhar Bharat’ scheme, he said that the State has made good progress in its implementation.

Pointing out that the Co-operation Department has sought Rs. 600 crore more under the scheme, he said that the Modi Government is working on plans for job creation and self-reliance in all sectors. Noting that Chief Minister B.S. Yediyurappa, State BJP Chief Nalin Kumar Kateel and all other party leaders, including himself, were working towards realising the dreams of PM Modi, he said that the country is emerging stronger in all respects under Modi’s leadership.

Stating that the book explains the miraculous achievements of PM Modi, he wished that the book reaches all citizens of the country, so that they can come to know the many wonders attributed to him (Modi).