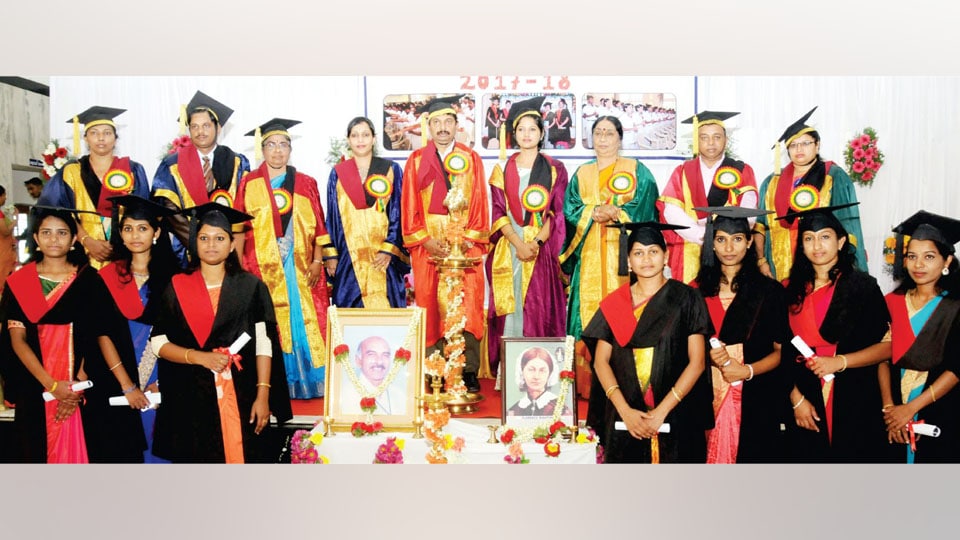 Mysuru: The graduation and awards ceremony of the 16th and 11th batches of B.Sc Nursing and oath ceremony to the freshers of Gopala Gowda Shanthaveri Memorial Nursing School and College were held at the Raj Gopalrao Rashinkar Kalyana Mantap here yesterday.

Cauvery Group of Institutions Chairman Dr. G.R. Chandrashekar, speaking after presenting degrees to the students, expressed his happiness at the students from Karnataka seeking admission to nursing, one of the most noble professions in the world.  “There is a huge demand for nursing profession all over the world. If one cultivates a professional and service-oriented approach to this profession, then one can achieve success,” he added.

College Trustee Dhanya Shushruth said that the college has all the facilities for nursing and if one has patience and a sense of service then joining the profession will be worth it.