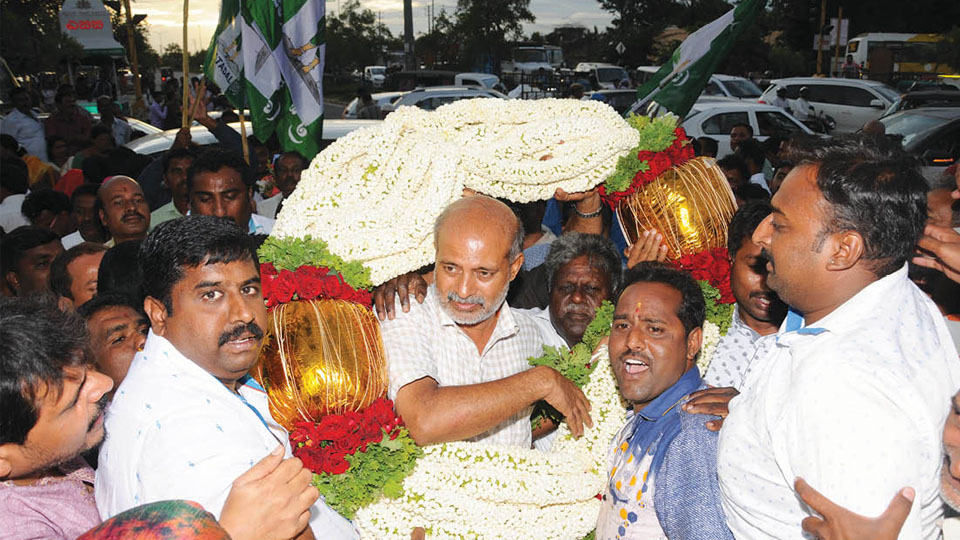 Grand welcome accorded to Minister S.R. Mahesh on his arrival in city

Mysuru: – Newly appointed Minister S.R. Mahesh, who won from K.R. Nagar Assembly segment of the district was accorded a warm welcome upon his first visit to the city, yesterday after becoming the Minister.

As soon as Mahesh reached the Toll Gate on Mysuru-Bengaluru Road, hundreds of his followers who had gathered at the spot, gave him a warm reception by garlanding him and bursting crackers.

Speaking on the occasion, S.R. Mahesh said that he was an MLA from K.R. Nagar and he has been a resident of the city for years.

Stating that he was elated with the reception that he has got in his home town, the Minister maintained that he had not demanded a specific portfolio.

Pointing out that he will be satisfied with whatever portfolio he gets, the Minister thanked the voters for electing him.

Traffic on the ever-busy Myusru-Bengaluru Highway was disrupted for some time as hundreds of people gathered near the Toll Gate to welcome the new Minister.