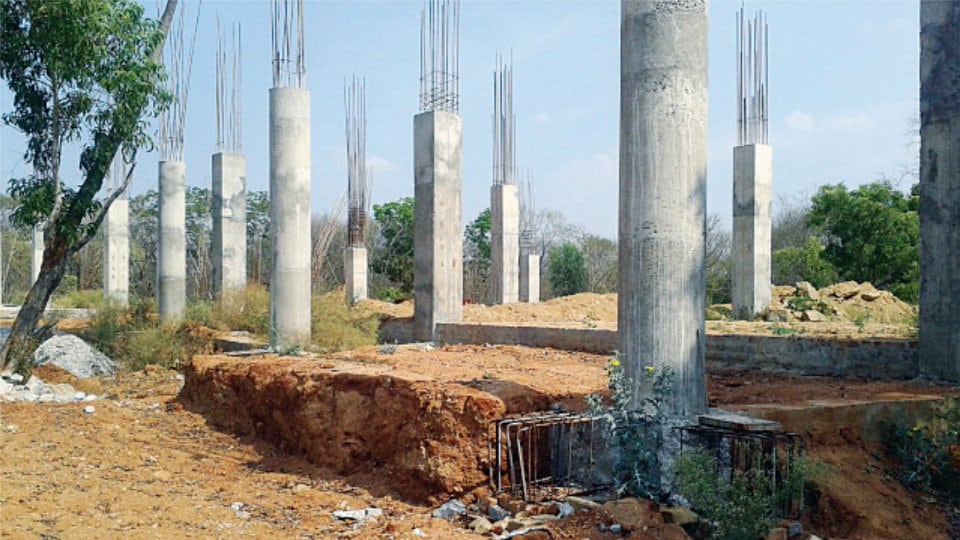 Mysuru: The Union and State Government’s ambitious plan to establish a Regional Science Centre on the banks of Kukkarahalli Lake has invited the wrath of environmental activists and Green Groups. They have now written to the Gaurav Gupta, Principal Secretary, Department of IT, BT and Science & Technology, asking him to relocate the Centre from the ecologically-sensitive Kukkarahalli Lake.

The National Council of Science Museums (NCSM) has plans of developing a Regional Science Centre in the premises of University of Mysore (UoM). The Science Centre will be jointly developed by State and Centre with 50:50 funding.

Mysuru’s Regional Science Centre will be the third in Karnataka with the other one at Dharwad inside Karnatak University and another at Pilikula in Dakshina Kannada district. In all, seven acres land has been allotted inside the Kukkarahalli Lake campus.

In their appeal, Green activists have said that it was shocking that the Government has allotted land for the Science Centre on the Banks of Kukkarahalli Lake that will literally kill the Lake and its rare flora and fauna.

“Construction for the Regional Science Centre will endanger the water body and disturb birds which roost and nest in Kukkarahalli Lake. Besides, it is an infringement of the rules governing the protection and conservation of tanks and lakes,” they said.

Speaking to Star of Mysore this morning, Sapthagirish of Kukkarahalli Ulisi movement, said that the Science Centre was sanctioned a couple of years back and it was stalled after citizen groups opposed it.

“Construction activity had begun for the Science Centre on the Hunsur Road near Jaladarshini Guest House and pillars were raised. Due to stiff opposition, however, the project was shelved. Now the Government is reviving the project,” he said. He then added saying, “We have no objection if the Science Centre comes up in any other area than the sensitive Kukkarahalli Lake.”

When SOM contacted D. Bharathi, Registrar, UoM, she said that she was not aware of the Science Centre coming up at the Kukkarahalli Lake. In-Charge Vice-Chancellor Prof. B. Basavaraju, however, said that the issue was going on since four years and the University had sanctioned land for it.

“Recently, officials from the National Science Board met environment authorities in Bengaluru to discuss about reviving the construction of the Regional Science Centre in Mysuru. We are waiting for a report from the Science Board and it is too early to comment,” he said.

While about six acres of land will be developed to exhibit models outdoors, based on ‘Hands on, Minds on’ concept, a building will come up in one acre of land. The Science Centre will house museums, science park and exhibition galleries, which would deal with the modern advancements in astronomy, biology and other scientific disciplines.