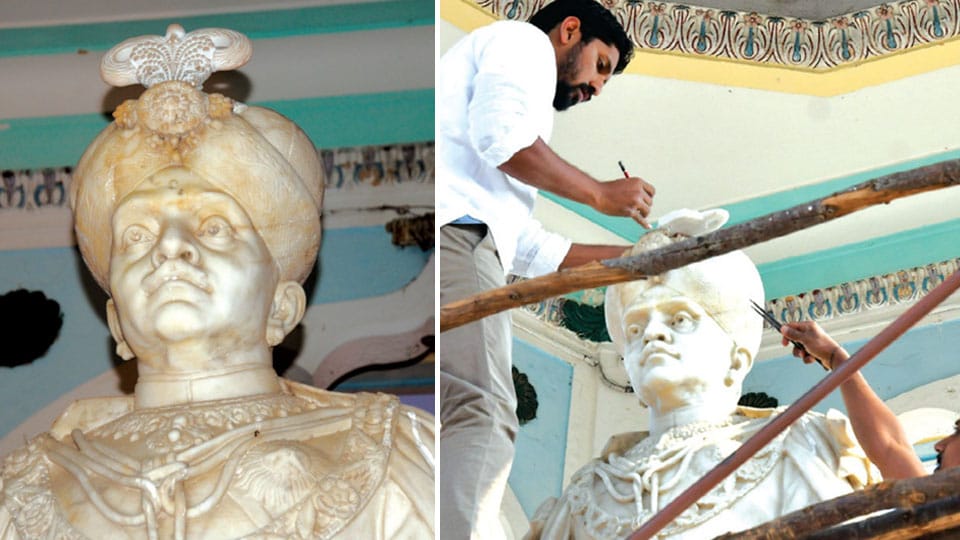 Mysuru:  The damaged metal pendants in the turban of Nalwadi Krishnaraja Wadiyar’s  Italian marble statue have been replaced and the works were carried out by sculptor Arun Yogiraj based on the direction from  the Deputy Commissioner D. Randeep.

The statue of Mysuru Maharaja Nalwadi Krishnaraja Wadiyar at the main junction abutting Mysore Palace was found to be disfigured, with the crown adorning it damaged. Noticing this, Randeep instructed his officers to repair it.

“I took five days to come up with this design. I had Italian marble in stock, which made things easy. It’s an honour to take up work related to the Maharaja. Thanks to the District Administration for giving me an opportunity,” said Yogiraj, the grandson of renowned sculptor Basavanna who worked at Mysore Palace

He said they worked free of cost as the erstwhile Maharajas had supported his grandfather and encouraged his art work. He said statues of erstwhile Maharajas are poorly maintained. “As marble absorbs moisture, the white statue may lose its hue,” he said. 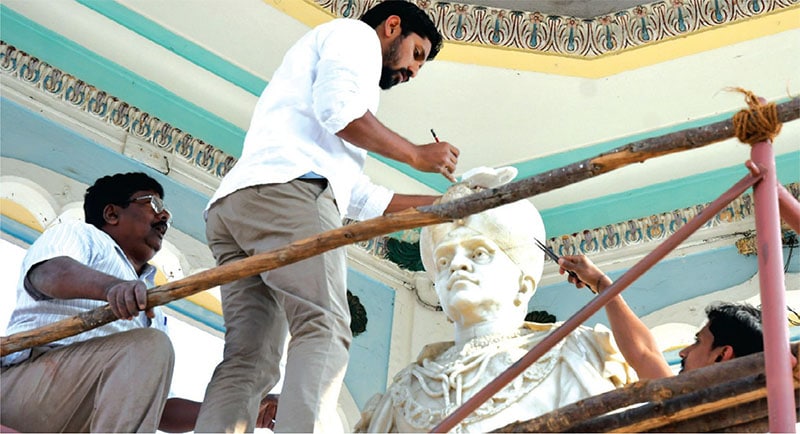 Krishnaraja Wadiyar was known for his development works and promotion of art and culture.

The king’s marble statue was installed in 1956 and was inaugurated by Sir M. Visvesvaraya. The statue was sculpted by R.P. Kamath from Mumbai. Basavegowda of KG Koppal had constructed the structure around it using marble which is the main attraction on New Sayyaji Rao Road and D. Devaraj Urs Road Junction.

DC Randeep said, “It was brought to our notice that a part of the statue was broken. We immediately brought this to the notice of Arun, who is an expert in this field. In just five to six days, he managed to come up with a replica.” He said that the statue may have been damaged during Dasara, while placing lights on the statue. “Experts are also telling us to avoid garlanding the statue during public events, as this may gradually change the colour of the structure. We will take a call whether to give permission to put flowers,” he said.

The restoration work was supervised by Deputy Director, Department of Archaeology  Gavisiddaiah.