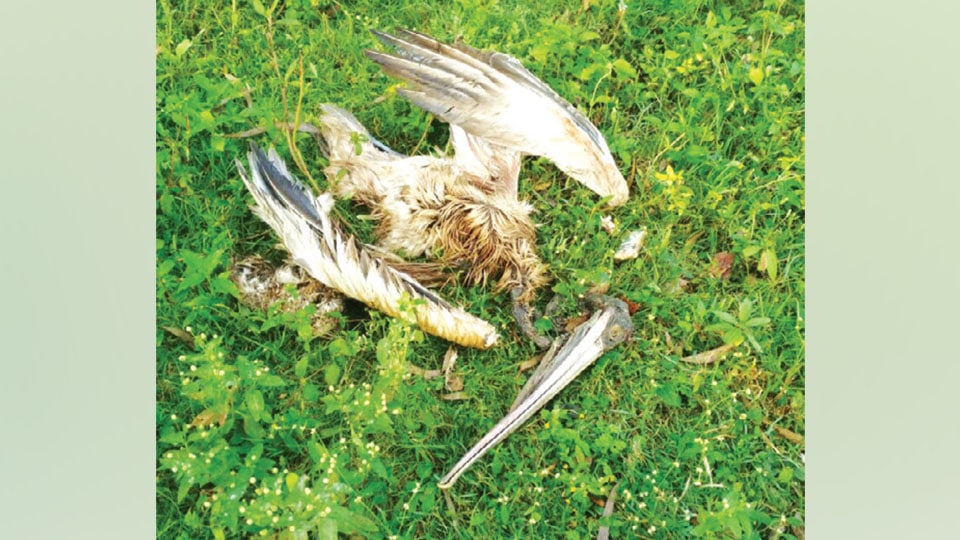 Mandya:  The villagers of Madarahalli in Mandya district have found the carcass of three Pelicans in the Sulekere Lake, here yesterday morning sending fear of Avian Flu among the villagers.

The Sulekere Lake like Kokkare Bellur, also in the same district, has hundreds of Pelicans. A few Ornithologists, who visited the spot said that the death of the three Pelicans could have occurred last week itself.

Some villagers said that untreated industrial effluents and sewage water from Mandya were being directly let into irrigational canals which could have led to the death of these birds.

The samples of these dead birds are being sent to the Institute of Institute of Animal Health & Veterinary Biologicals  (IAH&VB) for post-mortem and other tests and the exact cause of the deaths would be known only after receiving the reports.