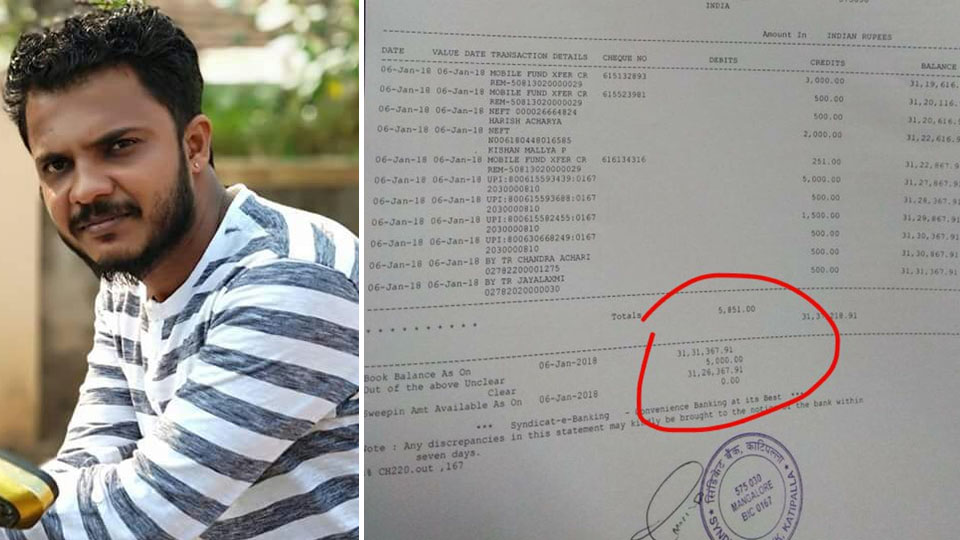 Mangaluru:  Tributes have been pouring in for murdered BJP activist Deepak Rao, not only in kind words but in cash too. Deepak’s mother Premalatha, who holds an account at Katipalla’s Syndicate Bank branch, has received to over Rs. 31 lakh in just two days, according to friend of Deepak. This amount does not include the compensation announced by the State Government. The amount is likely to soar over the next few days, thanks to the social media campaign launched by the BJP and the Sangh Parivar seeking financial-aid for his family. The campaign is extended to foreign countries as well, with many in gulf coming forward to transfer money online to Deepak’s mother Premalatha’s account.

The campaign was launched across multiple platforms on Jan. 4 evening.

According to sources, the fund raised was a spontaneous reaction from those who mourned Deepak’s death. The posts were tweeted by many persons and political leaders, who included Udupi-Chikkamagaluru MP Shobha Karandlaje.

On the day of Deepak’s cremation on Jan. 4, the State Government had announced Rs. 5 lakh, which Dakshina Kannada DC Sashikanth Senthil handed over another Rs. 5 lakh cheque from the District Administration.