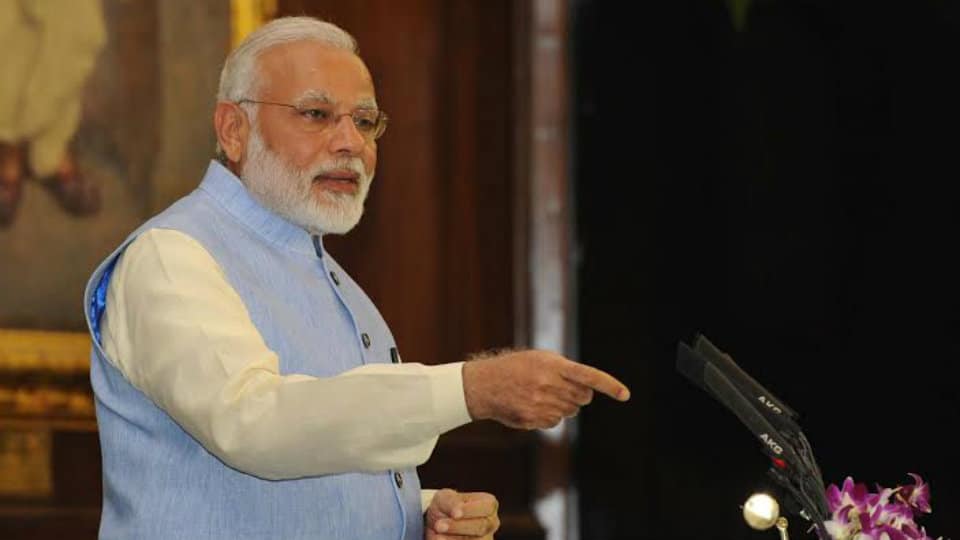 The Goods and Services Tax (GST) came into force at the stroke of midnight amid a historic midnight session at the Central Hall of Parliament. President Pranab Mukherjee, Prime Minister Narendra Modi, and Finance Minister Arun Jaitley addressed the gathering, before the President and the Prime Minister launched the GST.

Speaking on the occasion, the PM Modi said that the day marks a decisive turning point, in determining the future course of the country.

He recalled that the Central Hall had been witness to several historic occasions in the past as well, including the first session of the Constituent Assembly, India’s independence, and the adoption of the Constitution. He described GST as an example of Co-operative Federalism.

Quoting Chanakya, PM Modi said hard work can overcome all obstacles and help us accomplish even the most difficult of objectives and added that just as Sardar Patel had ensured political integration of the country, GST would ensure economic integration.

Recalling the famous scientist Albert Einstein who said that income tax is the most difficult thing to understand in the world, he said that GST would ensure one nation, one tax.

He said that GST would lead to immense savings of time and cost. Savings of fuel due to elimination of delays at State border crossings will help the environment as well, he added. The Prime Minister said GST would lead to a modern tax administration which is simpler, more transparent, and helps curb corruption and described the GST as “Good and Simple Tax” which would ultimately benefit the people.

Earlier, Union Finance Minister Arun Jaitley said that launching of GST was one of India’s biggest and most ambitious Tax and Economic Reform in history.

“The GST may be a destination tax, but for India it will begin all together a new journey. It’s a journey where India will awake to limitless possibilities, to expand its economic horizons, and loftier political visions. The old India was economically fragmented, the ‘New India’ will create One Tax, One Market and for One Nation,” he added.