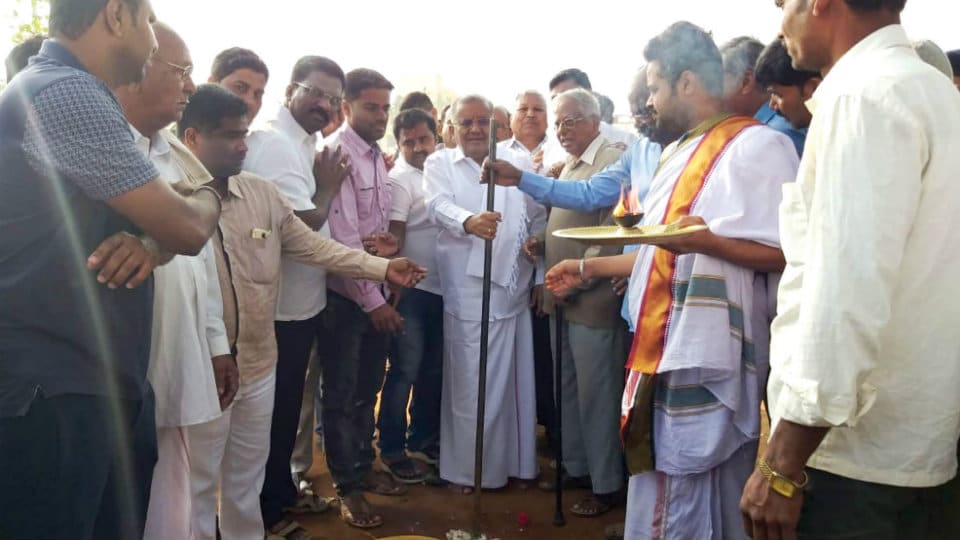 Even as the residents poured out their grievances, the Minister called up MUDA Commissioner and took him to task for incomplete civil works in the locality. He asked the Commissioner to expedite all ongoing civil works and to complete pipe-laying works for drawing water from Kabini.

Earlier, the Minister launched  development works by performing guddali puja behind Yoga Narasimha Swamy temple for the development of the road linking Vijayangar second stage with Hunsur Road, to be taken up at a cost of Rs. 25 lakh.

All these projects are funded by MUDA. GTD also launched development works on the double road connecting Vijayangar fourth stage with Rayanakere-Belavadi via Teju Circle, to be taken up at an estimated cost of Rs.4.35 crore.