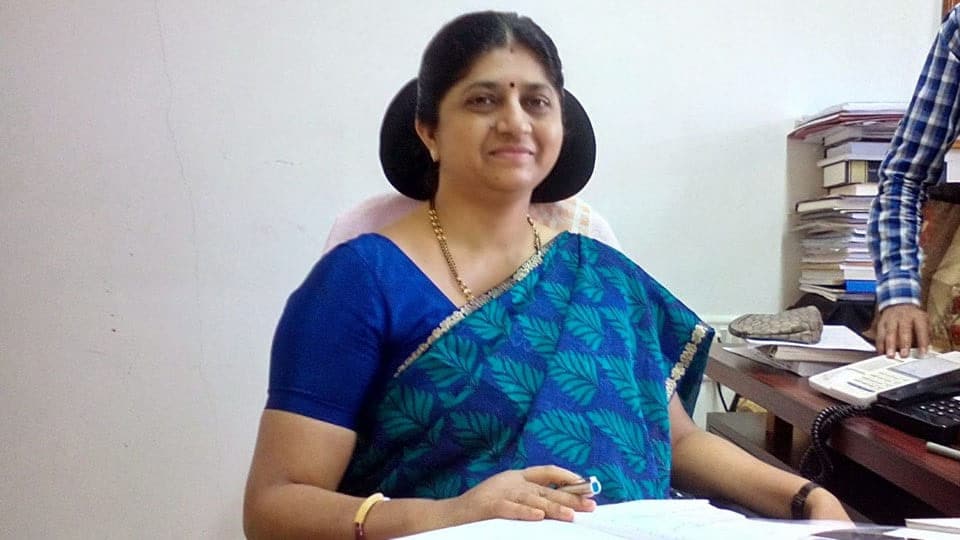 Mysore/Mysuru: With the country celebrating the 75th year of independence (Azadi Ka Amrit Mahotsav) on Aug.15, ZP CEO B.R. Poornima has directed officials to ensure the success of  the three-day (Aug.13 to 15) ‘Har Ghar Tiranga’ campaign (hoisting of Tricolour in every home) in the district.

She was speaking at the preparatory meeting in this regard at the Deputy Commissioner’s Office here on Wednesday.

Pointing out that officials must create public awareness on hoisting of National Flag at all homes, Government and Public Office buildings, commercial establishments, industries, residential complexes, associations and organisations and such others, Poornima said that students in Schools and Colleges in the district must be sensitised on this campaign.

Continuing, she said that after the conclusion of the three-day campaign, the members of the public should bring down the flag and keep it safe in accordance with the Flag code.

Additional DC Dr. B.S. Manjunathaswamy, who also addressed the meeting, instructed the officials to launch a widespread campaign by erecting banners and by distributing pamphlets. The Tahsildars must hold meetings in their respective jurisdiction for ensuring the success of the campaign. The officials should also educate the public on importance of this campaign in promoting spirit of nationalism and patriotism.

Kannada and Culture Assistant Director Dr. M.D. Sudarshan and other officials were present.