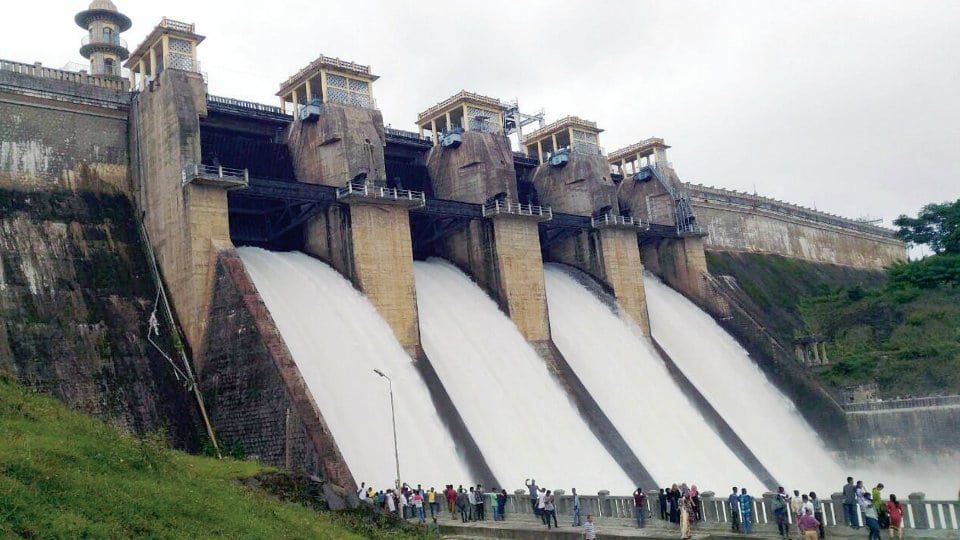 Kushalnagar: The four crest gates of Harangi Dam in Somwarpet Taluk of Kodagu district were opened this morning releasing water to the Krishna Raja Sagar (KRS) Dam. The gates were opened at 11 am and 1,200 cusecs of water was released as the first instalment. Henceforth, the gates will be open as and when the storage capacity increases.

The Harangi Dam is an important reservoir along the Cauvery Basin and rainwater has to collect in this dam first for it to flow into the KRS, irrigating lakhs of hectares of paddy and sugarcane fields. Last year, the Dam touched its maximum level on July 10 and this year, the maximum level was reached on July 23 (today), 13 days late.

Thanks to copious rains in Kodagu, especially in the catchment areas of Madikeri, Bhagamandala, Talacauvery, Kushalnagar and surrounding areas, the Dam recorded 2,857.21 ft water at 11 am today. The maximum level of the Harangi Dam is 2,859 ft and there was an inflow of 5,600 cusecs. The water from Harangi Dam reaches the KRS Dam through Harangi River near Koodige.

The Harangi Dam can hold 8.5 tmcft (thousand million cubic feet) of water and the present storage level is 7.8 tmcft. Before the crest gates were opened, irrigation officials led by Superintending Engineer Chandrakumar performed a ceremonial puja. 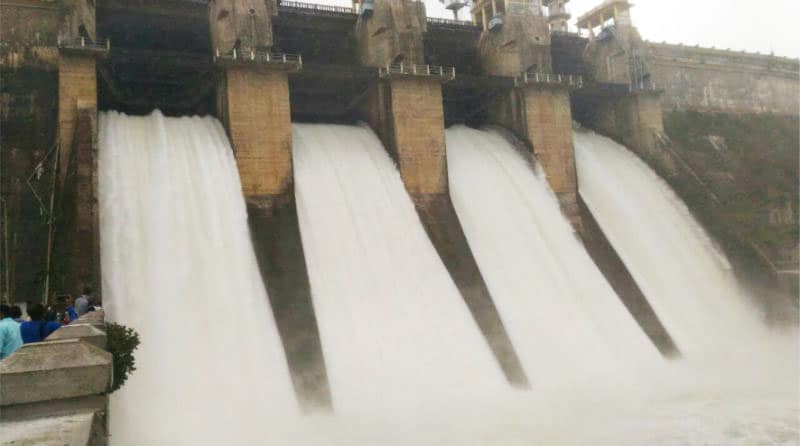 Harangi Dam with sluice gates open as seen this morning.

Moments before the gates were opened, warning siren was sounded three times for the people in the river and on the edges to move to safety. Hearing the sirens, hundreds of villagers and tourists rushed near the crest gates to witness the water release and enjoy the drizzling waves of water as it gushed out from the Dam.

According to Irrigation Department officials, the Irrigation Committee meeting will be held on July 25 and a decision will be taken to release water to canals to irrigate fields.