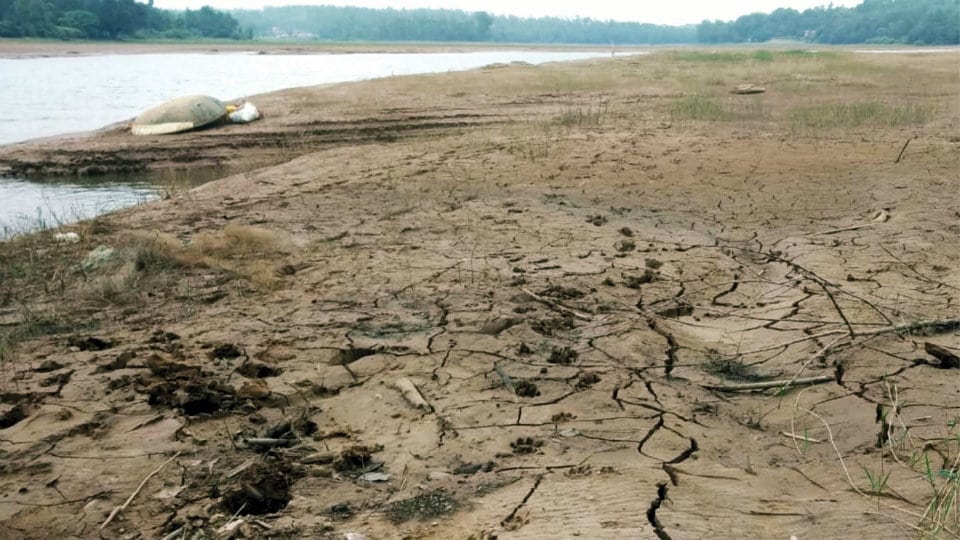 Harangi Desilting to begin in December

After Harangi, proposal will be sent to Govt. to desilt KRS

Kushalnagar: Desilting work at Harangi Dam backwaters in Kodagu will begin in December and the works will be initiated after the completion of by-elections. The State Government has sanctioned Rs. 130 crore for the project.

Over one tmcft (one thousand million cubic feet) of silt has accumulated at Harangi Dam, the main Cauvery water supply reservoir from the catchment areas to Krishna Raja Sagar (KRS) Dam in Mandya, the lifeline of South Karnataka and Tamil Nadu. The accumulation of silt had resulted in a sharp dip in the water level impounded in the reservoir. Farmers in the region had been urging the Government to complete desilting work at the earliest.

Irrigation official sources told Star of Mysore that once the desilting at Harangi is completed, a proposal will be sent to the State Government to desilt parts of KRS Dam. Sources said that the actual work will begin by the end of December after obtaining clearance from Finance Department.

Confirming this, Harangi Executive Engineer Nagaraj told SOM this morning that desilting will be taken up at those areas where there is no water at present. Due to flash floods and landslides last year, a large amount of silt (top soil) has flown into the Dam from Kootupole, Hattihole, Madapura and other areas. “It is election time now and funds are with the Finance Department. Once the by-election is over we will get fund clearance from the Finance Department,” he said.

On the method of desilting, Nagaraj said that they will identify the dry areas where silt deposits are high and earthmovers will be used for the work. “Tenders will be called and experts will be consulted for the work,” Nagaraj added. Madikeri MLA M.P. Appachu Ranjan told this newspaper recently that Rs. 130 crore has been allocated and the Cabinet has to clear the amount.

The State Government had asked the Karnataka Engineers Research Station (KERS) to conduct a survey of the river to ascertain the amount of silt deposited in the Dam. In turn, the KERS assigned the task to Geo Marine Solutions Pvt. Ltd. and the team conducted the survey in February this year.

An eight-member Geo Marine Solutions team carried out the silt estimate and the team did a Bathymetric Survey (measuring the depth of a water body as well as map the underwater features of a water body) and a hydrographic survey (physical features present underwater) in the backwaters of Harangi. Drone camera technology was used map dry areas.

Based on KERS report that stated that 1 tmcft of silt has accumulated in the Dam, the Cauvery Neeravari Nigam Limited (CNNL) that is in-charge of dams on the Cauvery Basin had prepared a Detailed Project Report for Rs. 130 crore and submitted to the State Government.

Accumulation of silt over the years has also affected water storage in the Krishna Raja Sagar (KRS) Dam and there has been a demand from farmers and residents of Mysuru to desilt the Dam to increase its storage capacity.

The capacity evaluation of KRS was conducted way back in 2009 and it said that the Reservoir lost 6.7% of its storage capacity. A factor to note here is that the river flows through rocky terrain from Talacauvery in Kodagu and a major portion of the upstream region is hilly terrain with thick forests. As such, water does not carry much silt compared with rivers flowing through the plains.