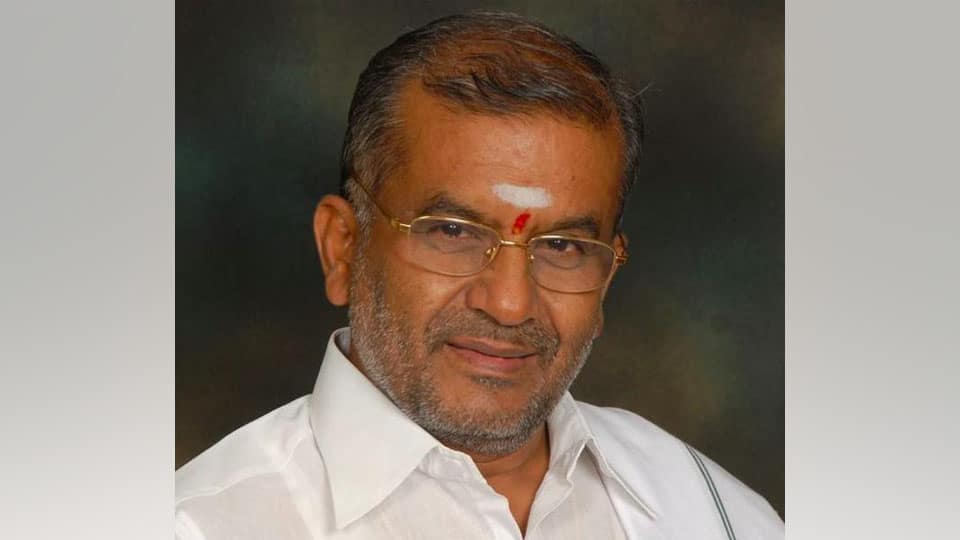 Bengaluru/Mysuru: The High Court on Thursday ordered that emergent notice be issued to Higher Education and Mysuru District Minister G.T. Devegowda (GTD) in a case related to delay in election to the officer-bearers of the Mysore and Chamarajanagar District Co-operative Wholesale Traders’ Association.

Hearing a writ petition by S. Chandrashekhar and N. Manjunath of Mysuru, both members of the association, a single-Judge Bench of Justice S.N. Satyanarayana ordered notice to seven respondents, including the Minister.

The petitioners submitted that the elections were delayed because Harish G.T. Devegowda, son of the Minister, has become ineligible to contest or vote in the polls to the district association.

The Hunsur Taluk Agricultural Produce Cooperative Marketing Association, which is represented by Harish, cannot contest in the polls as it has failed to meet turnover targets as per the by-law.

“Though the term of the office bearers elected in 2014 is over,

G.T. Devegowda is trying to delay the polls till the Hunsur Association becomes eligible to contest the polls,” the petitioners said.

Meanwhile, reacting to this, GTD told SOM that he had not received any notice from the High Court.

“I came to know about it only after reading newspapers. I am not responsible for the delay in holding the election and the delay has been caused due the preparation of voters’ list and not because of me and my son,” the Minister clarified.