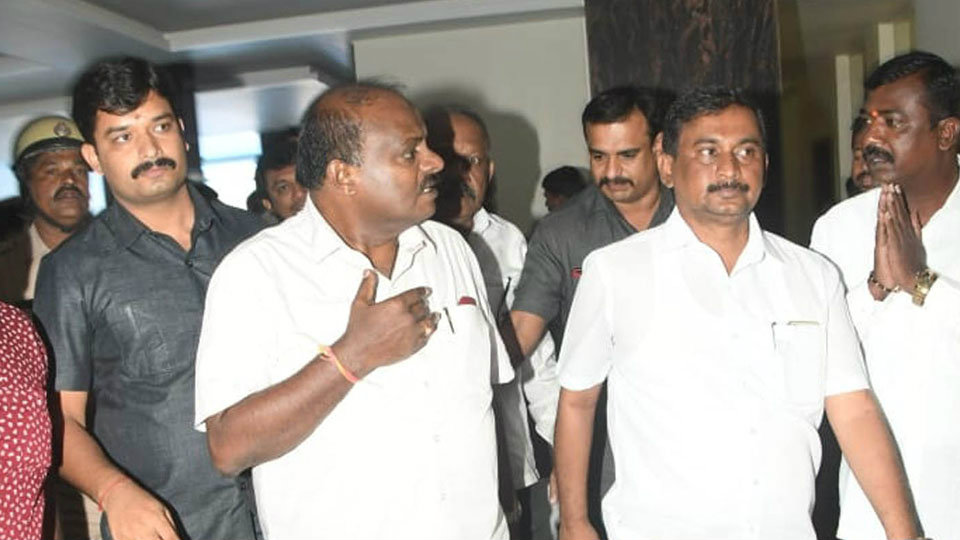 Bengaluru:  H.D. Kumaraswamy (HDK), in one of his last orders as the Chief Minister, waived off loans availed by the landless labourers of the State — with less than two hectares of land holding or income below Rs.1 lakh.

Kumaraswamy revealed yesterday that he signed this last order on Tuesday, hours before witnessing his Government crumble. Kumaraswamy was asked by the Governor to continue as a caretaker CM till a new Government was sworn-in.

He was also barred from taking any major policy decisions like the loan waiver for the landless labourers.

Addressing media in Bengaluru yesterday, Kumaraswamy expressed satisfaction that he had managed to score with his parting shot — enabling waiver of loans for landless labourers, taken even from private money lenders. Kumaraswamy said that the measure was fashioned as a one-time relief lasting a period of one year from the date  of the order.

“I am satisfied that I’ve brought this. It will apply to those who availed loans before this Act came to being. This is an opportunity to better people’s lives. This Act lasts for a year and within that time the details of loans have to be submitted.” Kumaraswamy said while thanking the bureaucrats who according to him made it possible for his Government to implement a few significant welfare schemes in the short 14-months despite continuous attempts to destabilise his Government.

Kumaraswamy, while counting the Debt Relief Act as one of his Government’s biggest achievements, said the landless-labourer-loan-waiver order doesn’t set any limits to the loan amount that could be waived. “There is no money going out from the Government. The Central Govt. had sought multiple clarifications. There is no limit to the amount that can be waived,” he said.