Home » Feature Articles » Heaven knows the Sinners… but time and chance may happen to BJP also!

Heaven knows the Sinners… but time and chance may happen to BJP also!

According to the Gospel of John (8:7) the Pharisees in an attempt to discredit Jesus, brought a woman charged with adultery before him.

“Then they reminded Jesus that adultery was punishable by stoning under Mosaic Law and challenged him to judge the woman so that they might then accuse Jesus of disobeying the law.”

Jesus thought for a moment and then replied: “He that is without sin among you, let him cast the first stone at her.”

The people who had crowded around Jesus were so touched by their own consciences, apparently realising that they were all sinners in one way or the other,  they departed without throwing the stone at her.

When Jesus found himself alone with the woman, he asked her who were her accusers. She replied “No one, Lord.” Jesus then said, “Neither do I condemn thee; go and sin no more.”

I remembered these words of Jesus as I read the news that Anti-Corruption Bureau (ACB), Karnataka, has filed two FIRs against the former Chief Minister B.S. Yeddyurappa in a case of ‘fake denotification’ of 257 acres and 20 guntas of land of which 3.6 acres of land was kept  for Shivarama Karanth Layout in Bengaluru North.

One Dr. Aiyappa has filed the complaint saying Yeddyurappa had denotified 257 acres of land, from the area meant for the layout, bypassing the ‘denotified committee’s’ approval when he was the Chief Minister.

However, the High Court had, in September 2015, quashed the preliminary notification itself on the ground that the BDA did not implement the plan.

Now, Yeddyurappa has gone to High Court seeking quashing of the ACB’s proceedings against him. The case will be heard when it is listed in the normal course, according to a report.

In a surprise turn to this case, KAS Officer H. Basavarajendra, one of the accused in the FIR along with Yeddyurappa, approached the Chief Secretary Subhash Chandra Khuntia yesterday with a complaint alleging “pressure” from ACB officials to give statements against Yeddyurappa in the case. “Since I refused to heed to the illegal demands… …I have been arraigned as accused number 2” he said. According to reports, Basavarajendra had also given a complaint in this regard to the Governor of Karnataka.

However, Dinesh Gundu Rao, Congress Working President, had said that the ACB complaint was an inside job.

Reason: “The person who filed the complaint has links to the BJP. It is clearly an internal conspiracy. Congress or the State Government has nothing to do with the complaint.”

Well, I am reminded of what I read in newspapers many years ago. The former Chief Minister D. Devaraj Urs told the then Minister C.M. Ibrahim, when the latter, being a Minister, participated in the protest procession in Bengaluru. How could he do that when he is a Minister? Devaraj Urs castigated Ibrahim in Kannada saying: 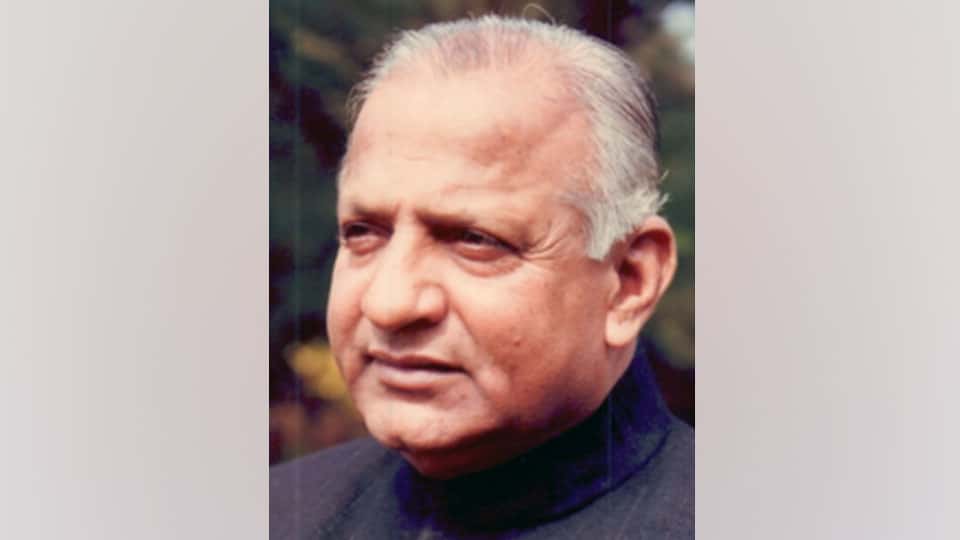 A rough translation may read, “When you serve liquid broth, use a ladle, not your hand.”

It simply means that when you want to get a dirty job done, don’t do it yourself but get someone else to do it! I do not know who is used here as a ladle — the ACB or Dr. Aiyyappa.

Anyway, it is obvious that a ladle is used to serve the dessert that Yeddyurappa and Basavarajendra may or may not deserve.