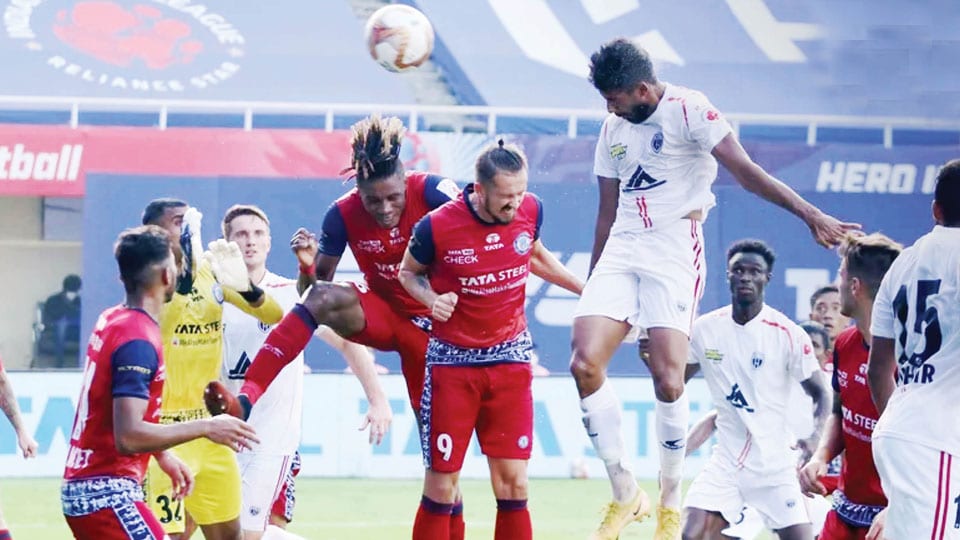 Ashutosh Mehta scored the opening goal in the game and new-signing Deshorn Brown doubled their lead before Peter Hartley halved the deficit for Jamshedpur.

Federico Gallego, the Uruguayan playmaker, covered every blade of grass against Jamshedpur FC. He provided two assists in the match and created five chances for his teammates. Defensively, he made a successful tackle and one block. He was declared as ‘Hero of the Match.’

In another match of the day, FC Goa held ATK Mohun Bagan to a hard-fought 1-1 draw at the Fatorda Stadium in Margao yesterday. Edu Garcia broke the deadlock for the Mariners and substitute Ishan Pandita scored the equaliser for Goa.

Saviour Gama had a typically busy performance at the back for Goa. The Gaurs fullback got forward and was disciplined in defence. He created one chance for his teammates, made four successful tackles, three successful interceptions, three blocks and two clearances. Hence, awarded the title ‘Hero of the Match.’