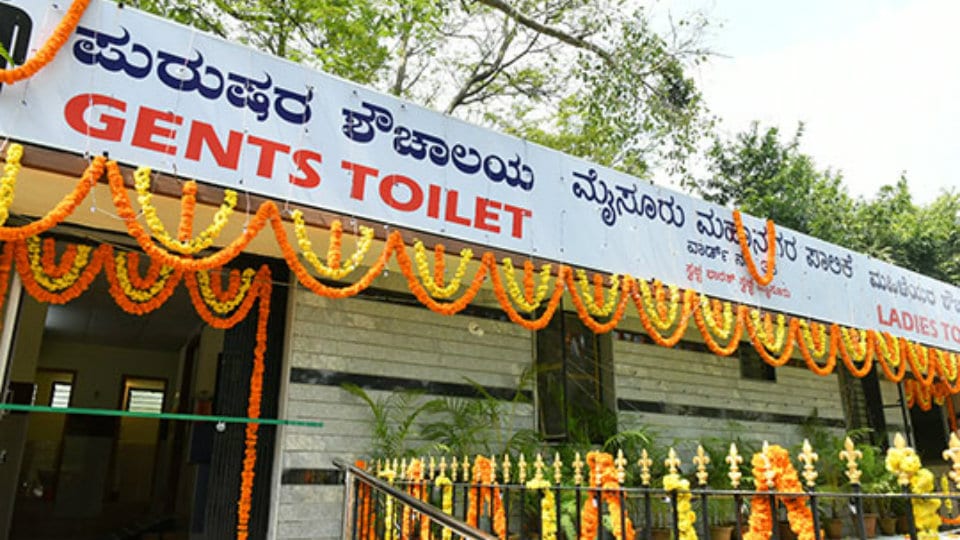 The toilet has an exclusive section for physically-challenged people with aids like wheel-chair and hand stick. Also included are bathrooms for men and women with hot water facility.

Speaking on the occasion, Vasu said that the Rs.25 lakh modern toilet complex will be useful for the public especially for the strollers at the adjoining park. He added that the park would be further developed utilising Rs.25 lakh from the MLA’s Local Area Development Fund.

Adding further, Mayor M.J. Ravikumar said that giving more thrust for cleanliness, such good toilets are opened in the city and appealed citizens to co-operate to maintain the city clean.