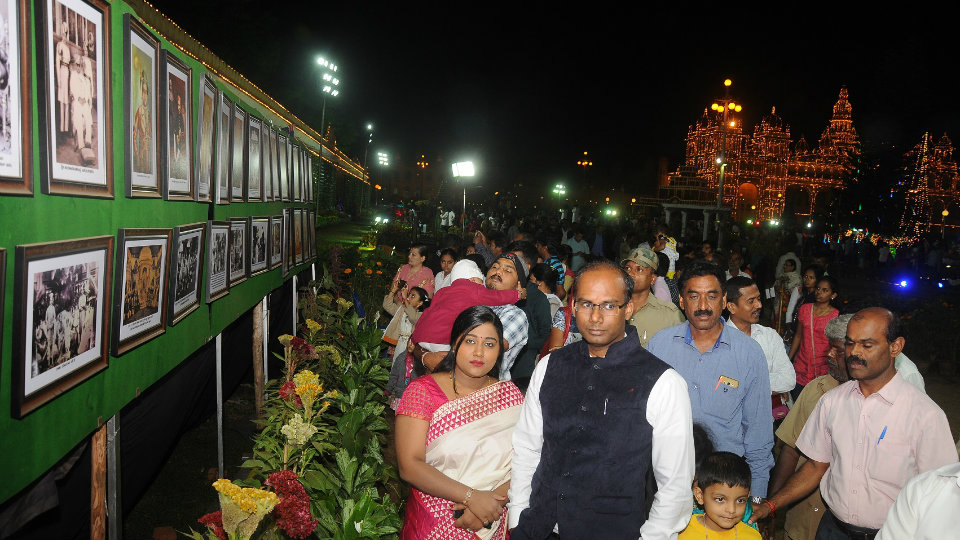 Mysuru: Like the New York Time Square in US or the Sydney Opera House in Australia and many other landmark destinations in the world to celebrate the grand entry of the new year, the magnificent Mysore Palace could be a destination in the future to be, to ring in the new year.

This was the feeling of many, as the ten-day Mysuru Winter Festival, which was held for the first time and the Flower Show for the fourth year in a row drew to a close at the Mysore Palace yesterday (Jan.1).

The Flower Show and the Winter Festival, organised by the District Administration, the Mysore Palace Board and the Tourism Department, was a big success. The Palace premises looking like a fully decked up bride on all the ten days, was a treat to the eyes with the blooming 3.5 lakh flowers and a profusion of colours.

As yesterday was the last day, the Palace was teeming with more than expected number of tourists and visitors. Since the flow was very high, the entry point to the Palace was lined with people.