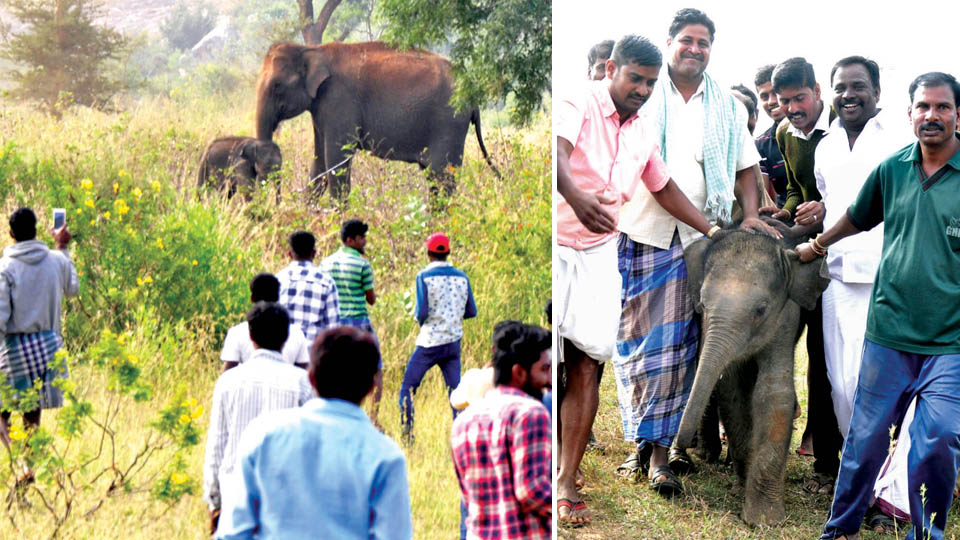 Gundlupet: In what could be termed as an inhuman act, a group of villagers not only disturbed a herd of elephants which had come to the village border but also separated a mother elephant from her calf and got busy clicking selfies with the calf while it was crying for its mother.

It was heartening to see the people laughing and clicking selfies, while the baby was crying for its mother.

Yesterday early morning, three elephants and a nine-month-old calf had crossed the Omkar Range and had come to the border of the village in search of food. 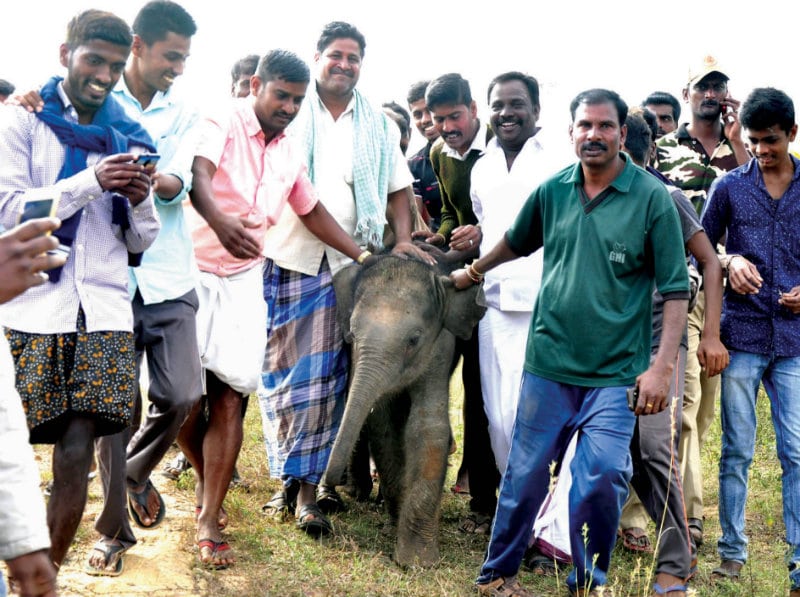 The public who were proceeding to Begur Fair spotted these elephants came back to the village and informed others who rushed to the spot and created noise to drive back the elephants. As the villagers moved closer to the elephants, an elephant attempted to charge at them as there was a calf with the herd.

But the public, who were not satisfied, caught the calf and began to click selfies with it even though the calf was crying for its mother resulting in the calf getting exhausted.

Veterinarian Dr. Rangaraju, who examined the calf, fed it with milk and administered injection following which the calf recovered from exhaustion. Meanwhile, RFO Naveen Kumar told the media that they would take the calf to Manchahalli Forest, where the mother went and release the calf there.

The RFO has requested the public to be humane besides urging them not to go near the elephants especially when there is a calf in the herd as the elephants are very protective and may attack the public.

He has also urged the villagers not to go to the fields near Manchahalli Forest till the mother takes back its calf.