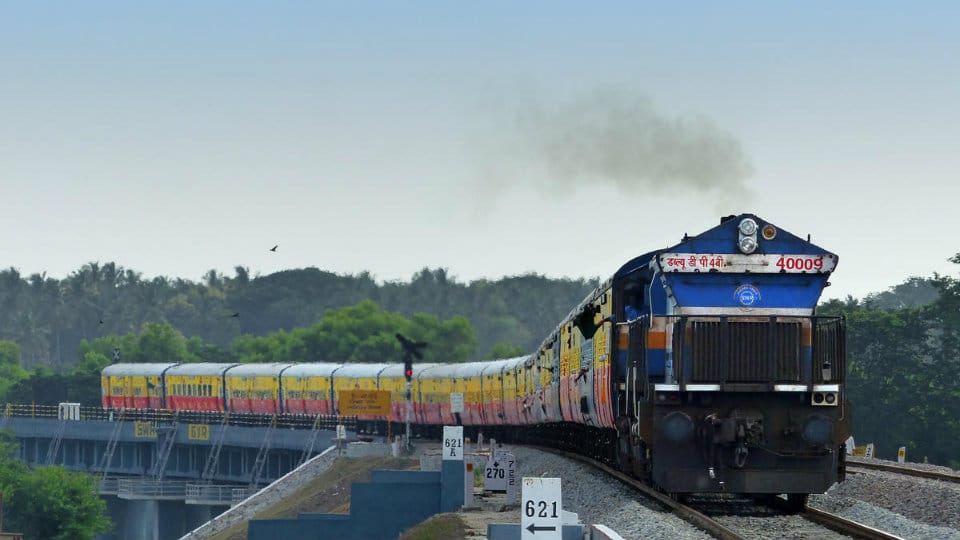 Railway officials have discussed with the German team about raising speed on one of the existing line to 200 km per hour. A meeting was held in this regard in New Delhi yesterday where senior officials discussed various issues involving running high speed train, raising speed on the existing track and redevelopment of stations. Railways also requested Germany to undertake a study of one station for renovation/ redevelopment

The German expertise in the field of high-speed rail, increasing speed of existing routes, station development, multi-modal logistics terminal and automobile logistics are of interest to India.

Semi-high speed train between Chennai and Bengaluru can reduce the travel time between two cities to less than three hours and would need an investment of over Rs. 4,500 crore to convert the existing tracks to run trains at 160 kmph. It takes 7 hours now to reach Chennai in Shatabdi Express. According to railways, Mysore-Bengaluru-Chennai is the toughest section due to difficult terrain and hills especially the Mysore-Bengaluru route.

High-speed rail
Stray dog menace on the rise in city
Check-posts to be set up for preventing illegal sand transportation: DC