Home » News » Stray dog menace on the rise in city 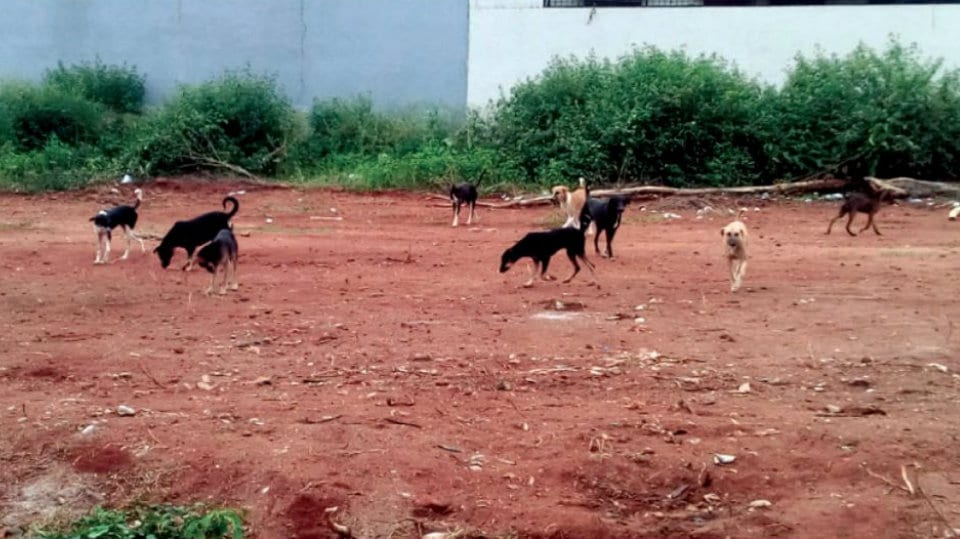 Stray dog menace on the rise in city

Mysuru: The menace of stray dogs is increasing by the day in many localities in the city causing concern for the public. In most of the areas in the outskirts and even in thickly populated areas it is a frightening sight to see pack of dogs on the prowl and sometimes waiting to attack the passersby.

One such area where the dog menace is increasing is in Arvindnagar. The street dogs are found in plenty in SBM Colony and Shiva Temple and surrounding areas. In these areas regularly Dasohas (serving of food) take place in the Shiva Temple and in the Samudaya Bhavans (choultries). Since the food waste is disposed off in the nearby garbage bins, the dogs gather to consume leftover food  and they start attacking the passersby.

In the evenings, the residents of these areas find it very difficult to move around freely. In the beginning, there were very few stray dogs here. Gradually their numbers increased. If one comes for walks with a pet dog, the stray dogs attack it in packs. As a result, the dog owners feel scared to take their dogs out.

There are also pani puri and food stalls in some of the streets here and when the children, women and elders come to eat, they get scared looking at the dogs.

Even when one goes for morning walks in areas like sprawling Vijayanagar Layout, Yadavagiri, Kuvempunagar, Bannimantap Layout, J.P. Nagar, the dog menace is on the rise. Dogs are seen moving in packs even in the morning and the walkers at that hour have to always be on guard as dogs, sometimes more than ten in number, could attack.

As a result, Star of Mysore gets frequent calls from the residents regarding the dog menace in their areas, fearing for the lives of their children and the aged.

Before any untoward incident happens, the Corporation should take action, demanded the public.