Home » News » Check-posts to be set up for preventing illegal sand transportation: DC 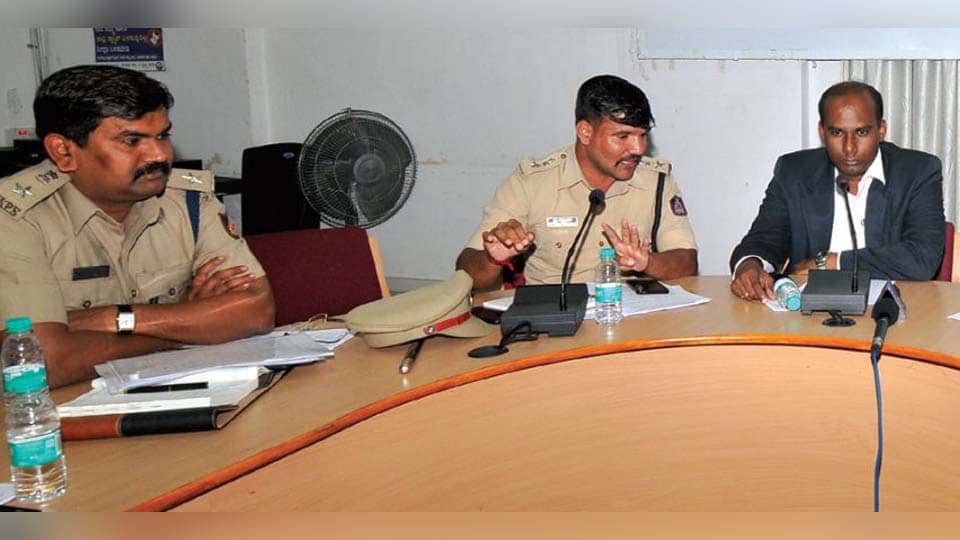 Check-posts to be set up for preventing illegal sand transportation: DC

Mysuru: Deputy Commissioner D. Randeep, who is also the President of District Sand Empowered Committee, held a meeting of the Committee at his office here yesterday. Addressing the meeting, Randeep said that two more check-posts will be set up at Anechowkur and Koppa. Also all the 12 check-posts across the district will be manned 24×7, he said.

Sand will also be made available for the construction of toilets as the District Administration is aiming to make the district open-defecation-free by March 2018, he said.

Pointing out that some 52,000 houses are under construction in various parts of the district, he said the District Administration will take necessary measures to ensure that sand is supplied on priority to Government housing projects.

SP Ravi D. Channannavar, stressing on the need for taluk-level Committees to be more effective in supplying sand, said that the Committee has a greater responsibility in meeting supply-demand.

Stating that there were many complaints on illegal sand mining in T. Narasipur and K.R. Nagar taluks, he directed the Police officers to put an end to sand mafia.

PWD officials placed a demand for purchasing a motor boat to check illegal sand mining and the DC gave nod to the proposal.

T. Narasipur Police informed the meeting that most of the illegal mining activities take place between 8 pm and 11 pm in the night and early morning. They pointed out that illegal sand extraction can be curbed by intensifying patrolling along the river bed.