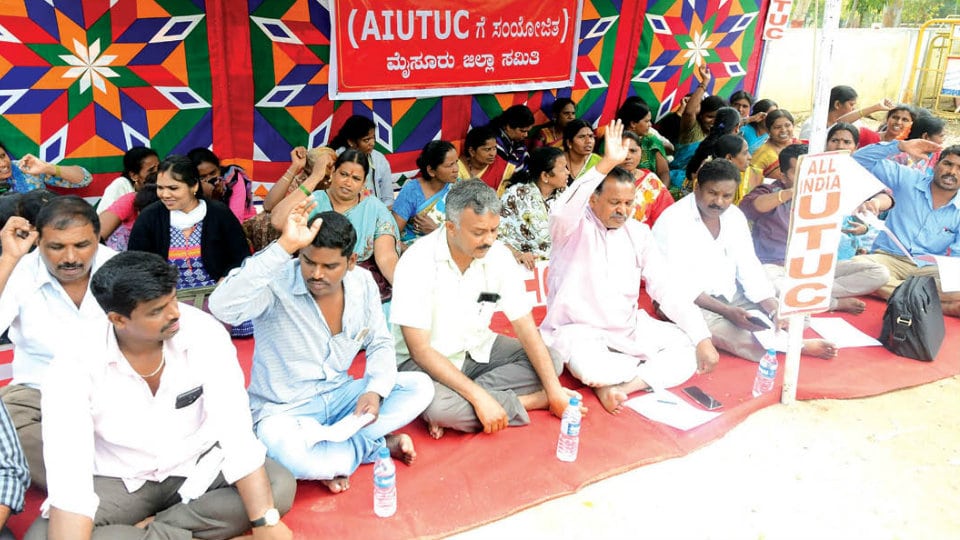 Mysuru:  Contract hostel workers, under the banner of All India United Trade Union Centre (AIUTUC) staged a demonstration in front of the Deputy Commissioner’s office here on Friday, demanding payment of wage arrears and fulfilment of their other demands.

Maintaining that they were working as contract workers at hostels run by the Social Welfare Department for over 15 years, they alleged that they were not paid wages in time and were also deprived of statutory benefits such as gratuity, PF and ESI.

Accusing the authorities of turning a blind eye to their demands, the protesters urged for immediate payment of wage arrears, ESI and PF benefits, issuance of ID cards and distribution of uniforms and safety wears, among others.

Urging the Government to stop laying off employees who have put in years of service, the protesters demanded weekly off and other holidays as applicable to other Government employees.