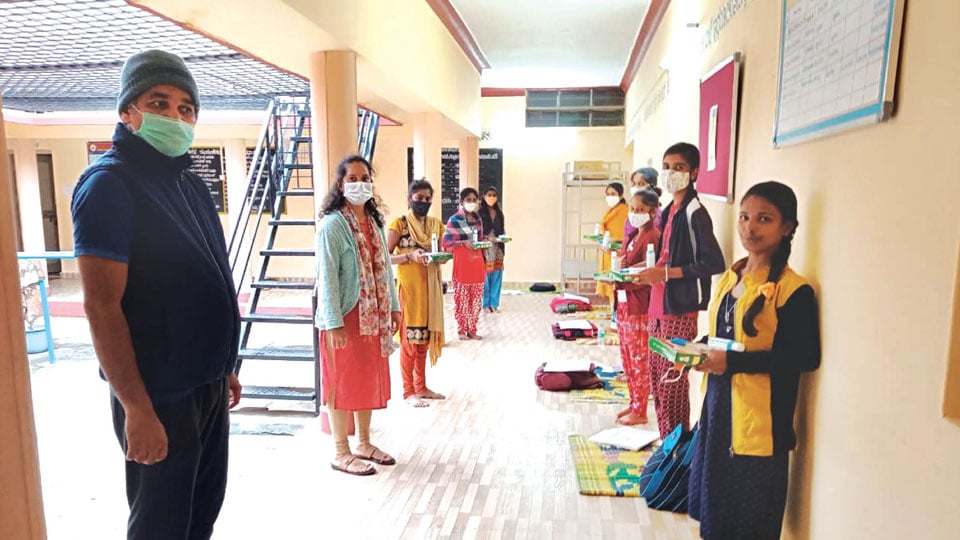 Mysore/Mysuru: Necessary arrangements are made for the re-opening of hostels which had remained closed for the last four to five months due to outbreak of COVID-19 pandemic.

With steady decline in Corona positive cases, the State Government has shown the green flag to throw open all post-matric hostels across the State.

Buoyed with the successful conducting of SSLC examination, the Government has decided to re-open all Degree, Post-Graduate and Professional Colleges from July 26. Already, pre-matric hostels have been opened.

The pre-matric hostels, which were closed in January 2020, were re-opened between January and April, 2021 for the sake of students appearing for the SSLC annual examination for the year 2019-20. Likewise, for the sake of Degree students, the post-matric hostels were opened from November 2020 up to April 2021. Subsequently, when the number of Corona positive cases increased during the second wave of pandemic, the hostels were closed again. At present, the situation is said to be under control with the steady decline in positive cases. Arrangements are on for the full opening of hostels.

READ ALSO  No vaccination in Private Hospitals from tomorrow

Five hostels belonged to Social Welfare Department and 13 Morarji Desai Hostels had been converted into Covid Care Centres. Now those hostels had been relieved from Covid treatment. However, two hostels of Social Welfare Department at Bogadi 2nd stage and five Morarji Desai hostels were still continued as Covid Care Centres. They too are expected to be relieved from Covid treatment soon.

Cleaning of all hostels has started in the district. The sanitiser bottles are kept in hostels for the use of inmates. Similarly, rooms, dining hall and other places used by students have been sanitised, said H.S. Bindya, District Officer, Department of Backward Classes Welfare officer.

She told SOM that students will be asked to maintain social distancing as well as to follow all safety protocol. Admission will be given to students as per the Government’s direction, she added.

All pre-matric hostels are opened for the sake of SSLC students as per the Standard Operating Procedures (SOPs) announced by the Government. The post-matric hostels are likely to be opened soon following the Government’s decision to start all Degree, PG and professional courses soon. We are expecting directions from the Government for the re-opening of those hostels. —B. Malathi, Joint Director, Dept. of Social Welfare