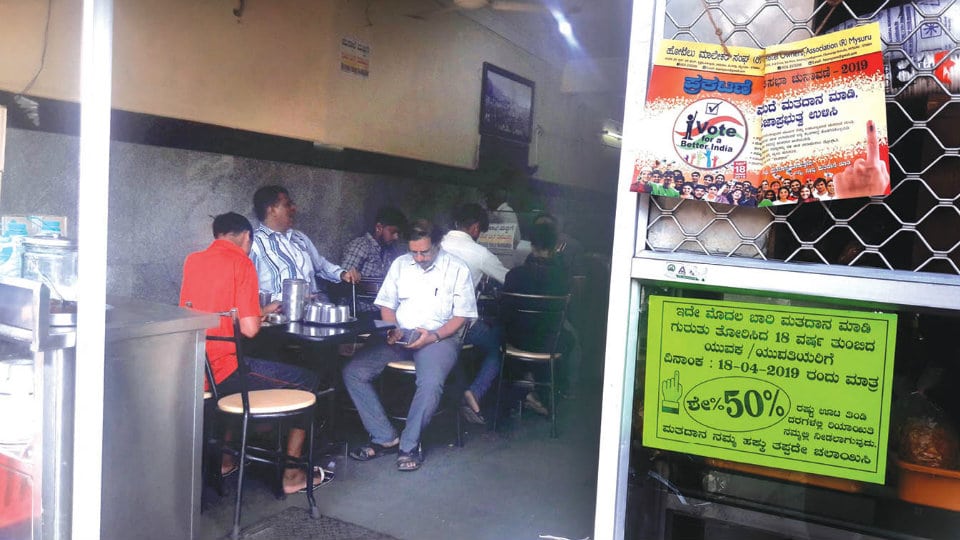 Mysuru: The efforts by the Mysuru Hotel Owners’ Association to increase voter turnouts in the Mysuru-Kodagu Lok Sabha constituency by offering discounts on eatables has evoked a great response from the voters.

74 hotels in city had offered special discounts which in turn boosted the voter turnout. The first time voters above the age of 18 and senior citizens were offered 50 per cent discount on breakfast and lunch.

The owner of Preethi Sagar hotel in Shivarampet, Narayan Kunder speaking to Star of Mysore said that nearly 60 to 70 voters who had visited his hotel were given 50 per cent concession.

There was a good response to the discount offer and the voters had responded in a big way, he added. Apoorva hotel owner Suresh said that first time voters were given 50 per cent discount on eatables and this move on the part of Hotel Owners Association had definitely helped increase voter turnout.