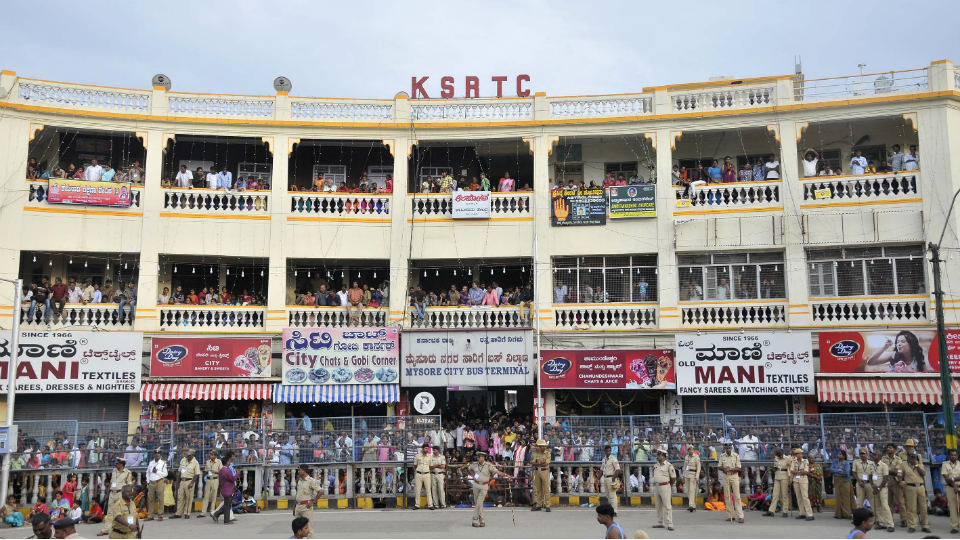 Mysuru: Chief Minister Siddharmaiah has expressed his displeasure at the distribution of free passes to the public. At the same time he has condoned the District Administration and the Dasara Special Sub-Committee as they were helpless to meet the demands of the free passes.

In fact, the CM himself has said that a Cabinet Minister wanted 100 free passes for his supporters, which the District Administration was unable to fulfil. There are more free passes than tickets. There was huge demand for tickets costing Rs. 1,000, Rs. 500 and Rs. 250, and even Gold Passes costing Rs. 5,000 to watch the Dasara procession, which was all sold out in no time.

A couple in Vijayanagar, Manjunath and Nirupama had many guests including children who had come to watch Jamboo Savari. After finding that tickets were not available, Manjunath, a Consultant for a private firm, hit upon an idea and booked two rooms at a hotel on Sayyaji Rao Road close to Highway Circle. “I had to pay Rs. 4,000 for each room and eight of us including children checked into the hotel at 11.30 am. We even carried food and after watching the procession, returned home after 7 pm,” said Manjunath and added, “I found that a hotel next door had made better arrangements on the roof top, which had a better vantage point and even they were charging a lot of money.”

READ ALSO  Many hotels may soon find other uses for properties

Another couple from Bengaluru, Niranjan Subba Rao and Indu had made similar arrangements with a hotel where even a dais had been erected to watch the processions, while a man and his daughter M. Shivashanker and Megha, were lucky enough to find place in a private residence on Sayyaji Rao Road.