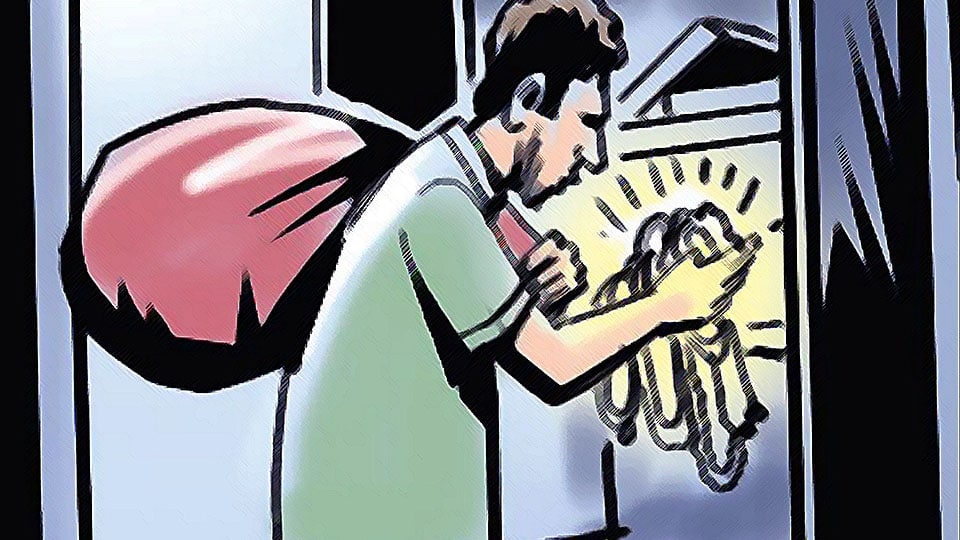 Mysore/Mysuru: In separate incidents, house burglars have broken into two houses in Alanahalli and Srirampura and have decamped with valuables from the two houses.

In the first case, burglars, who broke into the house of 56-year-old Karadirudraiah Gowda in Alanahalli Police limits, have decamped with 500 grams Silver articles which were kept in the puja room.

Karadirudraiah, along with his wife had gone to his native place Madapura in T. Narasipur taluk on Aug. 6 and when they returned on Aug. 9, they found the door broken and on entering the house, found the silver articles missing.

In the second case, burglars have decamped with 30 grams gold ornaments from the house of 63-year-old K.U. Nalini in Srirampura 2nd stage, coming under Kuvempunagar police limits.

Nalini, along with her family members had gone to Madikeri on July 31 and when they returned on Aug. 8, they found the iron grills installed to the window broken. On entering the house, they found 30 grams gold ornaments kept in the house missing.

Alanahalli and Kuvempunagar Police, who have registered separate cases, are investigating.