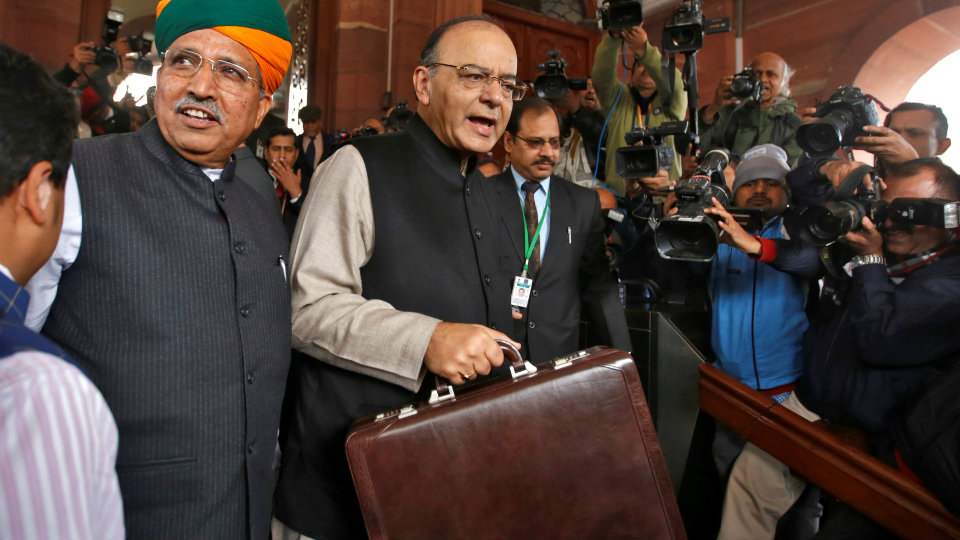 How predictable we are! Come rain or sunshine, we evaluate budgets strictly along party lines. Introduce a dream budget that guarantees benefits for all and, if it is a Congress budget, the BJP will condemn it as anti-people; if it is presented by a BJP Government, the Congress will reject it as worthless. Polarisation is not merely a pseudo-communal element that vitiates our thinking; it is a malignancy that diminishes our value systems just as comprehensively.

The layman, not exposed to the intricacies of high finance or the compulsions of party loyalties, has to separate wheat from chaff on his own. Such exercises will be influenced by critics and supporters alike. “Metro Man” E.Sreedharan’s criticism of doing away with the Railway budget, for example, cannot be lightly dismissed. “It is a foolish decision,” he said, stating that the Railway Ministry will now be at the mercy of the Finance Ministry for funds.

Many have welcomed various aspects of the budget such as the allocation of a record Rs. 3.96 lakh crore to the infrastructure sector. The financial incentives provided for the promotion of swipe machines and e-transactions are also to be welcomed. (Problems in this sector arise only when the Government insists that all transactions without exception must go through machines and a cashless society must rise overnight. That will not happen until literacy becomes near total and poverty levels  less humiliating).

Elimination of political corruption is one topic on which the budget’s approach has been half-hearted and overly clever at the same time. A good opportunity to strike at the roots of black money has been missed despite the budget presenting two seemingly decisive reforms. First, it has reduced the individual cash donation limit to Rs. 2000 from Rs. 20,000. Secondly, it has launched the new idea of electoral bonds which a donor can buy and his favoured party can encash. The first is just a trick, the second is a move that will favour a party in power leaving other parties handicapped.

Bloomberg, the business-news agency, once described black money as “the profits of political corruption, tax evasion and ordinary crime.” All three have flourished in India under the patronage of those in power, making black money the fulcrum of all that is cancerous in the country’s public life. The Prime Minister launched a crusade against black money while the Finance Minister set out to eliminate it. But the words of both have been belied by action.

Retaining the very idea of anonymous contribution bears this out. Political parties get about 80 percent of their funds from anonymous donors in cash, that is, in black money. The anonymous donors can now give Rs. 2,000 per person as against Rs. 20,000 per person earlier. This is like closing the main door in front and leaving a small side door open. It will not fool the donors or the political parties, and it is unlikely to fool the public.  The lowered limit only means that a party will have to find ten bogus donors where one was enough till now. No problem. Remember the thousands of citizens who competed to garland Mayawati with festoons of currency notes. Unless black money donations are reduced to zero, there will be no chance of eliminating political corruption.

The electoral bonds idea is a clever one. The good thing about it is that money donated through bonds will be white and subject to accounting checks. But in the nature of things, a bond system favours a party in power over other parties. Citizens in need of services at government offices are vulnerable to pressures. In a system that demands a bribe even to issue a power-of-attorney, it is not difficult for a politically motivated sub-registrar to persuade a citizen to buy a bond. In big infrastructure projects where high-value decisions are taken by Ministers and top officials, contract-hungry businesses will be happy to buy bonds. A party that is in power can manage the bond system in ways the powerless cannot.

On top of it all, there are more than a thousand registered political parties which never contest elections, but collect funds, anonymous and otherwise. There is not a word about these “parties” in the Jaitley budget. No wonder that Dr. A.K.Verma, Director of the Centre for Study of Society and Politics, said: “Most criminals are now opening parties and getting their gangs registered with the Election Commission as party functionaries.”

We are on the way to inventing an altogether new genre — Anonymous Democracy.