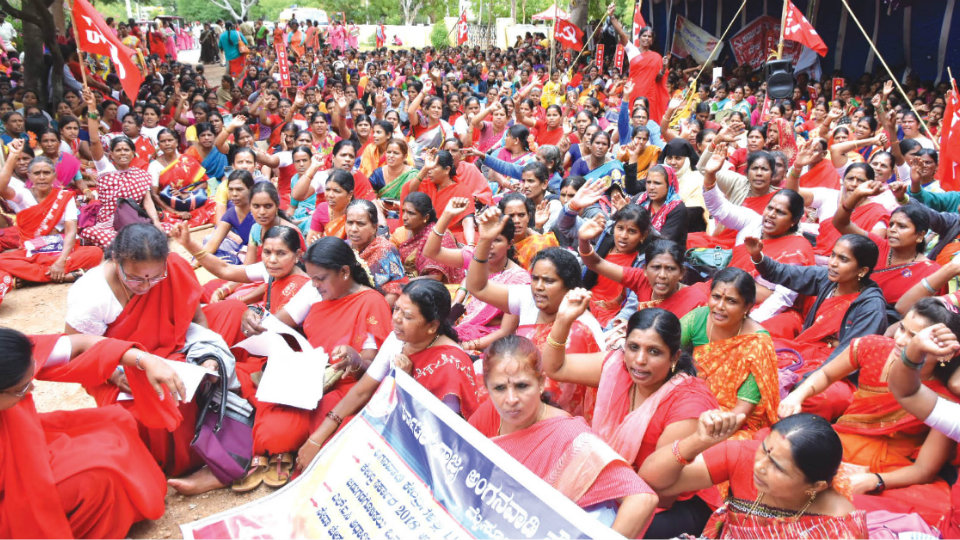 The demands of the members of State Anganwadi Workers Association, Mysuru District Committee, who staged the massive protest, include starting of LKG and UKG classes at Anganwadi Centres, release of funds to purchase vegetables and eggs, immediate release of the hiked honorarium made by the Central Government in Oct. 2018, to change the present retirement facilities and introduce LIC-based pension, to pay 75% honorarium to Anganwadi Assistants, to fill vacant Anganwadi and Assistant posts among others.

Their demands include payment of monthly minimum honorarium of Rs.12,000, cancellation of linking of honorarium to ASHA Soft or RCH portal, to pay the balance incentives and honorarium immediately, to provide pension to retired ASHA workers, provide retirement benefits, to provide special salaries to ASHA workers working in forest areas and hilly regions, maternity leave and to provide monthly honorarium during holidays just like being done in Delhi among others.