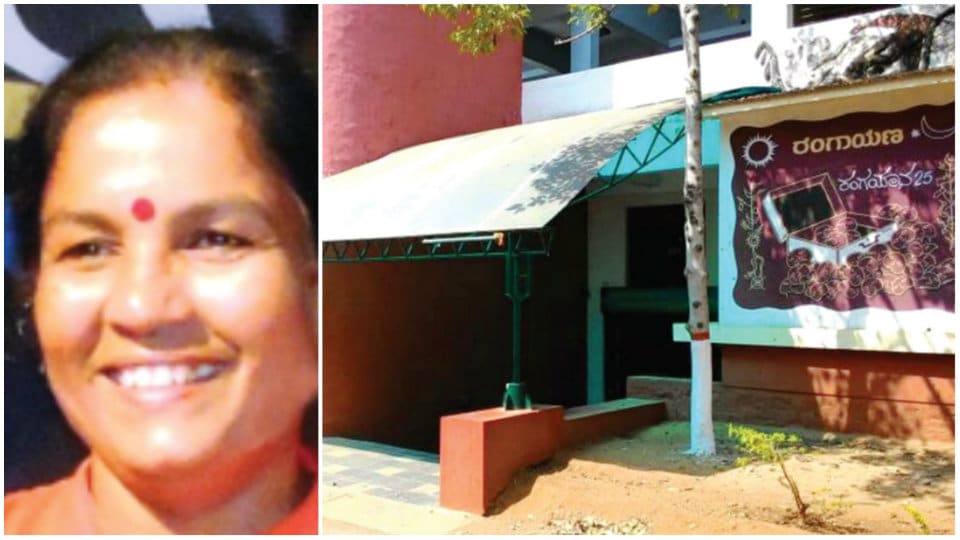 According to a press release issued by K.B. Kiran Singh, Special Officer to Kannada and Culture Minister Umashree, three new Directors have been appointed to Rangayanas in Mysuru, Shivamogga and Kalaburagi.

Speaking to Star of Mysore from Guwahati, Bhagirathi Bai said that she was overwhelmed to be appointed as the Director of the reputed theatre repertory located in her native place.

It is also an honour to be working in the institution where stalwarts like B.V. Karanth, C. Basavalingaiah, Prasanna, B. Jayashree, B.V. Rajaram, Lingadevaru Halemane and H. Janardhan have previously worked, she added.

When asked if she had any plans for Rangayana, Bhagirathi said that having worked in theatre for over three decades she would definitely come out with concrete plans for the repertory.

The newly-appointed Director said that she would be taking charge after formally getting the appointment letter from the State Government. For Rangayana Mysuru, she will be the second woman Director after B. Jayashree, who did not last for even a year as she became the Rajya Sabha Member soon after.

Having immense experience in theatre and silver screen, Bhagirathi Bai has been a part of the Seagull Theatre in Guwahati over the past 30 years.

A native of Gavadagere in Hunsur Taluk, Bhagirathi Bai graduated from both National School of Drama (NSD) in New Delhi and NINASAM in Heggodu. Later, she married famous Assamese actor Bahurul Islam and was instrumental in establishing Seagull Theatre.

This apart, she has the experience of working in various theatres in Japan, Germany and other countries. In fact, she also worked with London’s Tara Arts Institute for around 8 months and was  responsible for establishing Asian Artists Association.

She has won the National Award for Best Actress (Assamese) the same year when Dr. Rajkumar was honoured with the prestigious Dada Saheb Phalke Award. Apart from acting, Bhagirathi has translated many Kannada plays into Assamese.

READ ALSO  ‘Chinnara Mela-2019’ off to a colourful start