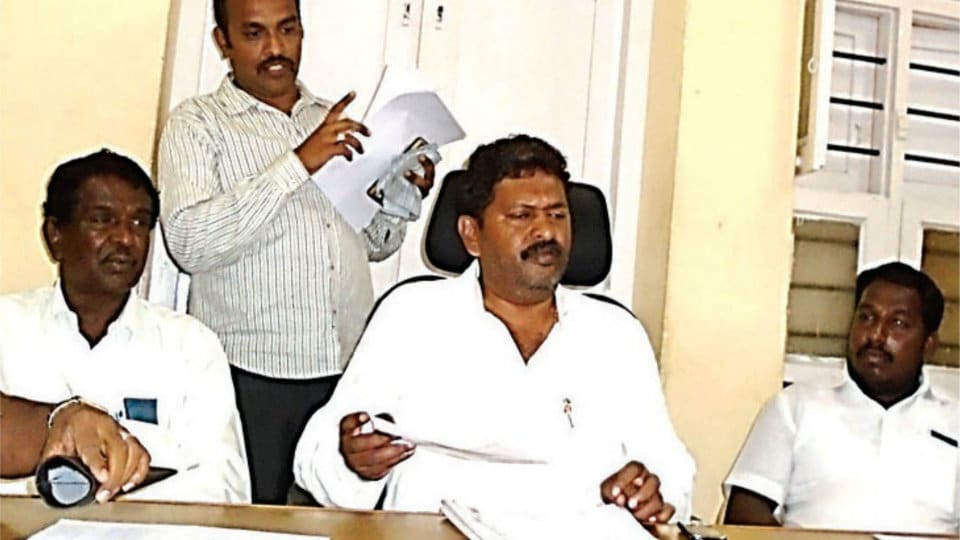 Mysuru: Refuting allegations that he had made abusive remarks against a section of the audience during a Swachh Bharath Mission programme in Hunsur taluk, Hunsur MLA H.P. Manjunath said that the campaign against him in the social media was only aimed at tarnishing his image.

Addressing a press meet at Patrakarthara Bhavan here this morning, he said that his speech during the programme went on for 36 minutes while the audio and video that went viral has been synchonised to 27 minutes, which clearly proves that it has been edited so as to show him making remarks.