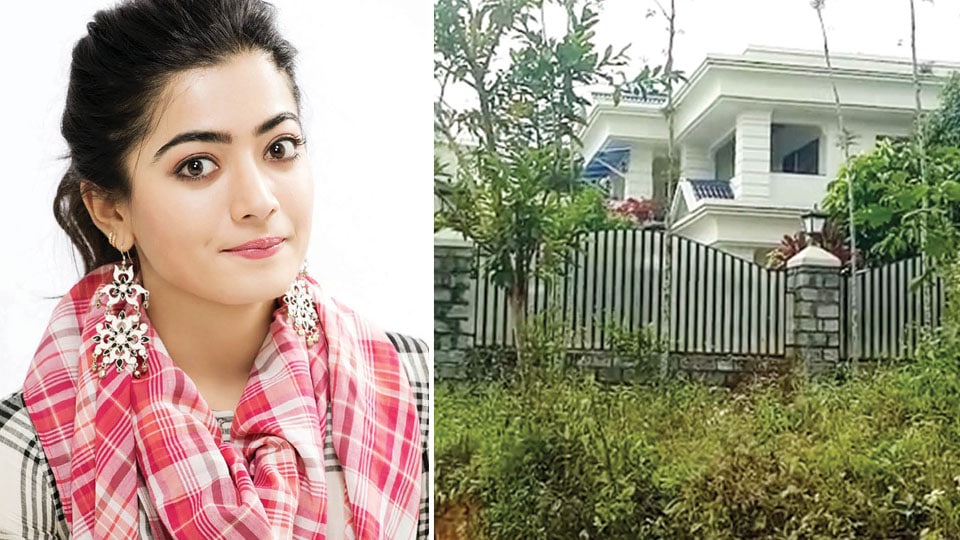 Virajpet: The Income Tax (I-T) officials are conducting a search-and-seizure operation at the residence of multi-lingual actor Rashmika Mandanna in Virajpet, Kodagu. Her palatial house is located at Kukkloor village near Kadanoor on the Virajpet-Madikeri Road.

Three teams comprising more than 10 I-T officials from Bengaluru landed up at the house at around 7.30 am and began the search, reports said. Sources said that the search warrant was issued by the I-T Department three days ago and the officials are suspecting tax evasion after she received payments for several hit movies. A team also raided the Serenity Hall in Virajpet that is owned by Rashmika’s father M.A. Mandanna.

The officials are verifying bank and property details pertaining to Rashmika and are quizzing her parents. Interestingly, when the raids were being conducted, the actress was not present at her home. The actress is in Hyderabad as she was busy with shoots. “She finished a late-night shoot, came home and slept. She is not aware of it,” Rashmika’s manager Kiran told reporters.

She is now a leading heroine and has acted in several Kannada and Telugu films over the last four years. Her most recent film ‘Sarileru Neekevvaru’ opposite Mahesh Babu is in the theatres now.