Home » News » I too have diaries, says unfazed Shivakumar 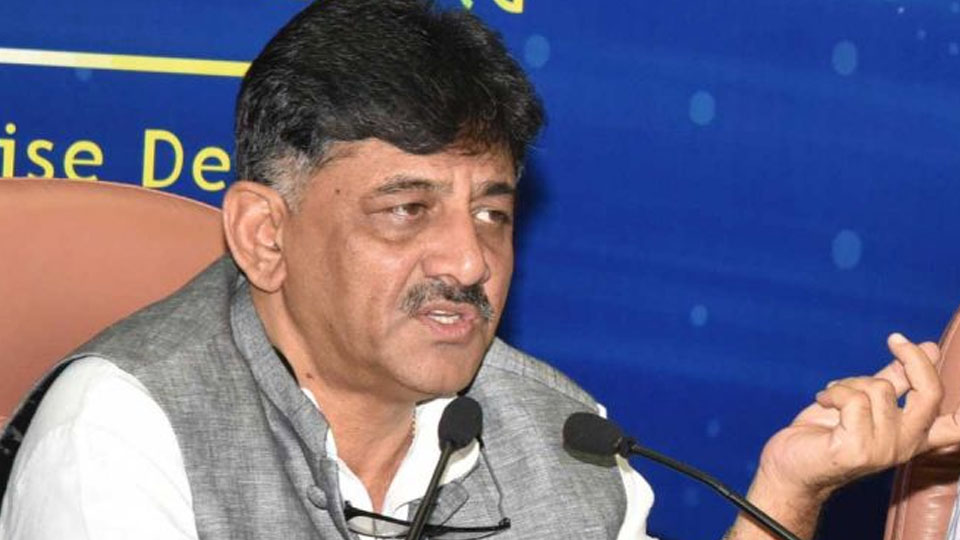 I too have diaries, says unfazed Shivakumar

Bengaluru: Karnataka Minister for Water Resource and Medical  Education D.K. Shivakumar yesterday declined to comment on allegations made against him that he had donated crores of rupees to the party seniors  and had indulged in illegal Hawala business.

“I too have diaries and I will reveal the details in it at an appropriate time. I don’t want to react to the acts made with political vengeance.  If anybody is under the notion that they can blackmail me by misusing official machinery, they are wrong,” Shivakumar added.

We are legally with Shivakumar, says CM: Chief Minister H.D. Kumaraswamy told reporters that during such a situation, investigation officials should not yield to pressure while performing their duties. Asked if the government would back Shivakumar, he said, “If he is legally right, we are with him.”

On the BJP’s demand for his resignation, Kumaraswamy said, “Why should he resign? No such thing that warrants his resignation has happened.   How many times have people from the BJP who faced raids resigned?”